As much as it is difficult for a woman to break the non-equal traditions of the society, it is equally difficult for a man to walk away from all the fixed patterns. I have done this audacity and as a common practice, instead of a job, I have chosen the role of a house husband. My wife is a college professor and I am a house husband. I have chosen this role myself and I am very happy with it. What is it like to be a husband home maker. Why I chose this and what was the reaction of my family, friends and society about it… read my story to know:- I am home maker… I am happy…

One day I put my photo on the family’s WhatsApp group while washing the utensils. There was such a ruckus on that that don’t ask… Similarly people ask me that after studying and writing from Delhi University, you want to take care of the house, want to eat your wife’s earnings, are you joking?

Now how do I explain to them that I am not joking. I have also tried doing jobs, but I consider myself complete only in the role of house husband and home maker. There is no frustration within me. None of my ambitions is incomplete. I love managing the house so much that I consider myself perfect in it. I do not understand that the world so easily accepts the decision of a girl to leave her job and take responsibility of the house, then what is the problem with me. I am never ashamed to say that I am a house husband, I am a home maker. I’m happy. Instead of starting my story with my love story or house story, I start with my childhood. I belong to a middle class family of Samastipur Bihar. My family is basically an agriculturist, father Vinay Kumar Prasad advocates with farming and mother Veena Prasad is a homemaker. I am the youngest among three siblings. Eldest brother Aditya Vinay also advocates and sister-in-law Kiran is a home maker. Didi Vatsala runs Vikram Educational Trust, she works in and around Saharsa. Whereas my brother-in-law works in a reputed company in Gurugram. Along with this introduction, the second introduction is that I was brought up in the house like ordinary men. I always saw my mother working at home and my father earning. I saw the same atmosphere around me.

Yes, if any badness or evil was seen in the society, then it was definitely felt that it would be rectified. But, I never thought that I would become a house husband. Regarding marriage, it was definitely thought that in my family there will never be any difference between husband and wife regarding the division of work.

Well, it’s a matter of thinking. How this thinking progressed in life, for this you have to know the further story. So it happened that after passing 12th, I came to Delhi with my father to get my thyroid checked. Here father filled the form of Delhi University. I thought that maybe I will have to come only two to four times a year, I will manage. But after seeing only one ticket to return to Bihar, it was understood that father is returning, I will have to stay here now.

Here I went to apply for Kamla Nehru College but it did not happen. I tried in Dayal Singh Morning College and got admission here. From here my hostel life started. Now in the first year I topped here and took admission in KNC in the second year. In this way I completed my graduation in BA Honors Hindi, then completed PG from here. This is how I met Deepa

During this journey when I was in MA last year. Then one day I met Deepa. I was standing here at the bus stop for photocopying with my friend. That’s why Deepa came here, there was a friend with her. My friend was a common friend by chance with her friend. When both of them started talking, I and Deepa also started talking. So we shared our numbers and the conversation started. Within a few days, we became good friends of each other. One day I asked Deepa why you like me? Deepa started laughing and in this way we both expressed our feelings to each other. Later the meetings started happening. In this way again came into committed relationship. When we talked at home, both the families agreed. He believed that the children are growing up and will move forward together.

In this way we got married on 8 December 2018. Now talking about career, I worked in a news channel in 2012-13 and during this time Deepa joined a newspaper. Then we also went to guest teaching. During the marriage, people said that you are guest teachers and are getting married. Then I used to say that we feel good being together. I always felt that the desire to pursue a career within Deepa was much greater than me.

Well we got married and started living together. Both used to do jobs and Deepa used to do more of the household responsibilities. One more thing that shortly before marriage, Deepa had given exam for Kumaon University in 2016-17. Its result came in the year 2018 in which he passed the mains. Then in the year 2020 the interview call came. Deepa’s interview was on the day of our anniversary. She was busy in preparation, we were staying in a hotel, many calls were coming that day. I attended the phone throughout the day leaving Deepa in the room. On that day, I felt very happy to play the responsibility of Deepa.

Well that day passed and finally we got the news we were waiting for. Deepa had now become a college professor. We came to Chamoli on 3 March 2021 to join him. Then gradually we settled here. I left the job of guest teacher. 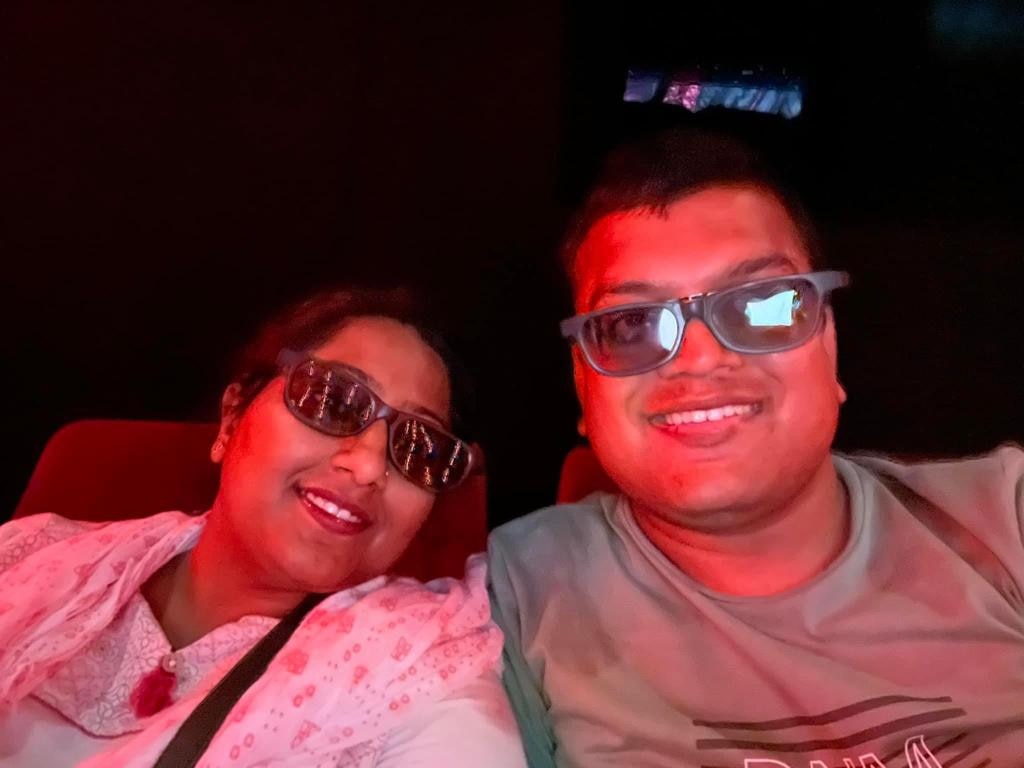 After coming here, I saw that Deepa’s struggle had increased. Before going to college, she used to wake up in the morning and cook breakfast, then come back at 3:30 in the evening to bring vegetables from the market, sometimes bring some things and then start cooking at night. When my PhD studies were going on, I would just sit and study. But from inside I felt that this is not right. One day I told Deepa not to do so much work. Leave some on me too.

That’s it, it started from here when I said that I will see the house, you do your work comfortably. Now when I started taking care of the house, the truth is that I did not know how to do any work properly. But I learned to cook with the help of YouTube, friend or Deepa. Learned to sweep, wash clothes, decorate the house, maintain the house. I found this work very creative and good. I was also getting time to study.

But now the problem comes here that when you move away from a certain pattern then people have to face thousands of questions. Sometimes whispering and sometimes taunting, I often get to hear all this, but now I have stopped having this effect. My wife and I often talk about why men can’t live in a zone where women are kept. When I like my work, I want to fit myself in it.

It is only after taking full responsibility of the house husband that I have understood that my work is not that easy. Every day I have to worry about what will be the vegetable in the evening. Such and such thing is running out of ration. If we go somewhere to visit the market and the clouds start getting darker, then I worry about the clothes drying outside. If there is strong sunlight, then it remains in mind that the cloth holding clip should not get damaged in the sun. While cooking food everyday, it remains in mind that the vegetables should be tasty, otherwise the hard work will go in vain. If someone is coming in the house, then the whole day is spent in preparation. Although Deepa helps me with many tasks, yet I keep everything under my command in managing my house.

People tell me that how long does the housework take, if you get involved in this work then what will be your social circle. Women organize kitty parties or sit and talk among themselves. Or go for a walk somewhere together, but won’t you be a victim of loneliness. My answer to this is that I have managed my time in a better way. I also have friends with whom I often spend evenings. I also like to read in my spare time. I do not remain under any kind of stress in this work.

Then do you extend your hand in front of your wife for your expenses, on such a question I say no, I do not extend my hand. This is our house, where one earns, one takes care of the house. I work by making a budget to run the expenses of the house, I also have expenses. Why put so much of your ego for this. If the husband earns and the wife takes care of the house, then she is also performing an important responsibility. In this, you people do not raise questions on his earning, then whether I eat after earning or by keeping my house clean, why should anyone be concerned about it.

Would you like to do a job someday? People ask me this too. The answer to this is that I am not in favor of going out and doing any job. Tomorrow we will do a family plan, so I will have to see the child too. However, if I get work from home, I would definitely like to do it in part time.