Once again the situation of corona explosion seems to be taking shape in China. The speed with which the cases of Kovid are increasing here has scared other countries. Here in November there has been a sudden jump in the cases of Corona. According to the National Health Bureau of China, only 2878 people were found infected with corona on 1 November, while the cases of corona reached a record high on 23 November since the beginning of the epidemic in Wuhan in 2019.

According to official figures, 31,454 people were found positive here. That is, in China, the cases of corona infection have increased almost 11 times in 23 days. Such situations exist when 93 percent of China’s population has been vaccinated. In such a situation, the question is arising whether the effect of the vaccine given to the people in China is decreasing?

Cases increased by 248 percent in a week

New York Times report According to the report, an average of 21995 cases of corona have been reported every day in China in the last one week. If these figures are compared with the previous week, then it will be known that there has been an increase of 248 percent in corona cases in China last week. Although the deaths are getting less than one every day on an average. More than 3.44 billion vaccines have been installed in China

The surprising thing is that almost the entire population of China has been vaccinated, even after this, the cases of corona are increasing again there. ourworldindata.org According to about 93 percent of the people in China have been vaccinated. Of these, 91 percent are such, who are fully vaccinated. Apart from this, 58 percent have taken additional dose.

According to media reports, strict zero covid policy has been implemented in China as soon as the corona grows. It has mostly closed its borders. 21 million local and international schools in China’s urban areas have started online studies. At the same time, those traveling to Beijing will have to stay in Quarantine for three days. People in Beijing are being advised not to travel to other cities.

Corona is spreading the most in Beijing’s most populous Chaoyang district. This district with a population of about 3.5 million is now moving fast towards complete lockdown. The administration has appealed to the people here to stay at home and leave the house only if it is very important. 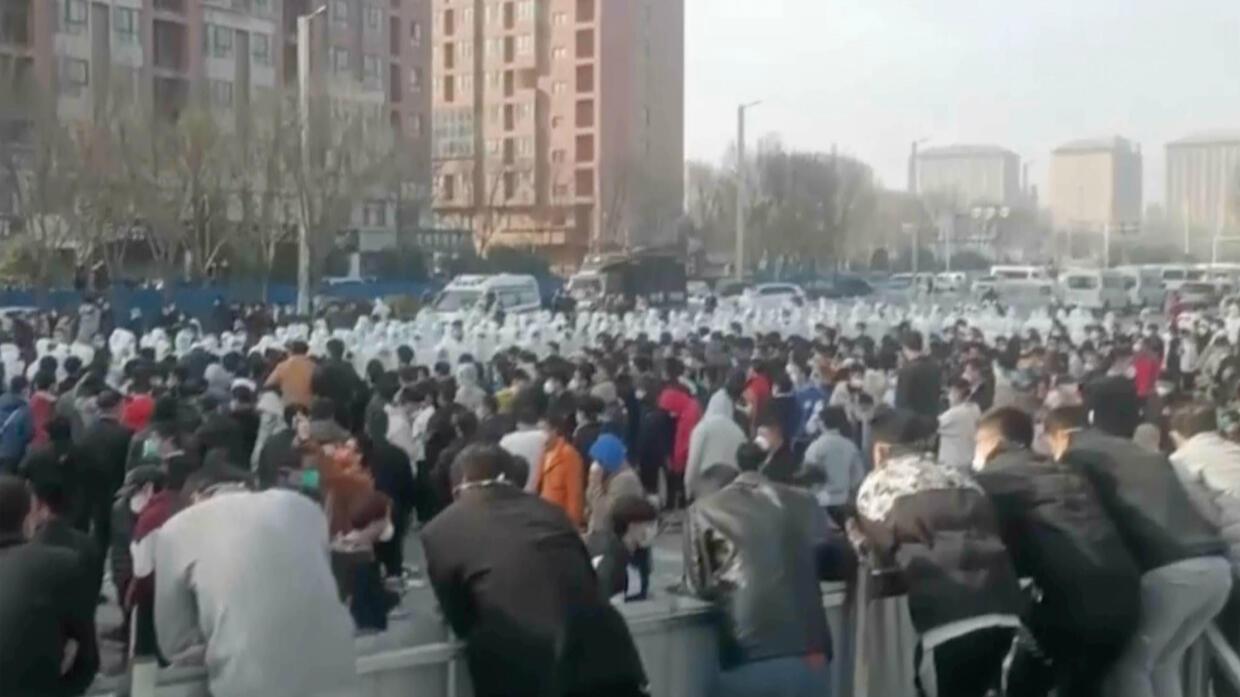 Huge anger among people due to zero covid policy

China has implemented zero covid policy. Under this, a lockdown is imposed in the entire city even after getting a minor case of Corona. Apart from this, the infected and the people who come in contact with them are kept in strict quarantine. There is a lot of anger among the people due to the zero covid policy. They are protesting on the streets. Videos of his clash with security personnel are going viral on social media.

Recently, thousands of employees of the world’s largest iPhone factory of Foxconn, located in Zhongzhou, central China, created a ruckus. The employees worked during the lockdown during the Corona period, but the company wanted to pay them the bonus late, so the employees were protesting. After violent protests, China has ordered a Covid lockdown in Zhongzhou.