Recently, a 135-year-old letter was found in Scotland. This letter was sealed in a bottle, which has been discovered under the floor of the house. Although there was nothing special in this letter, nor was there any mention of any treasure, but two Victorian people wrote a funny message in it.

one of scotland Report According to, this letter was kept in a bottle of Whiskey. Recently, Paul Allan, owner of WF Wightman Plumbing Company, discovered it in a house in the Morningside area of ​​Edinburgh, while at work. 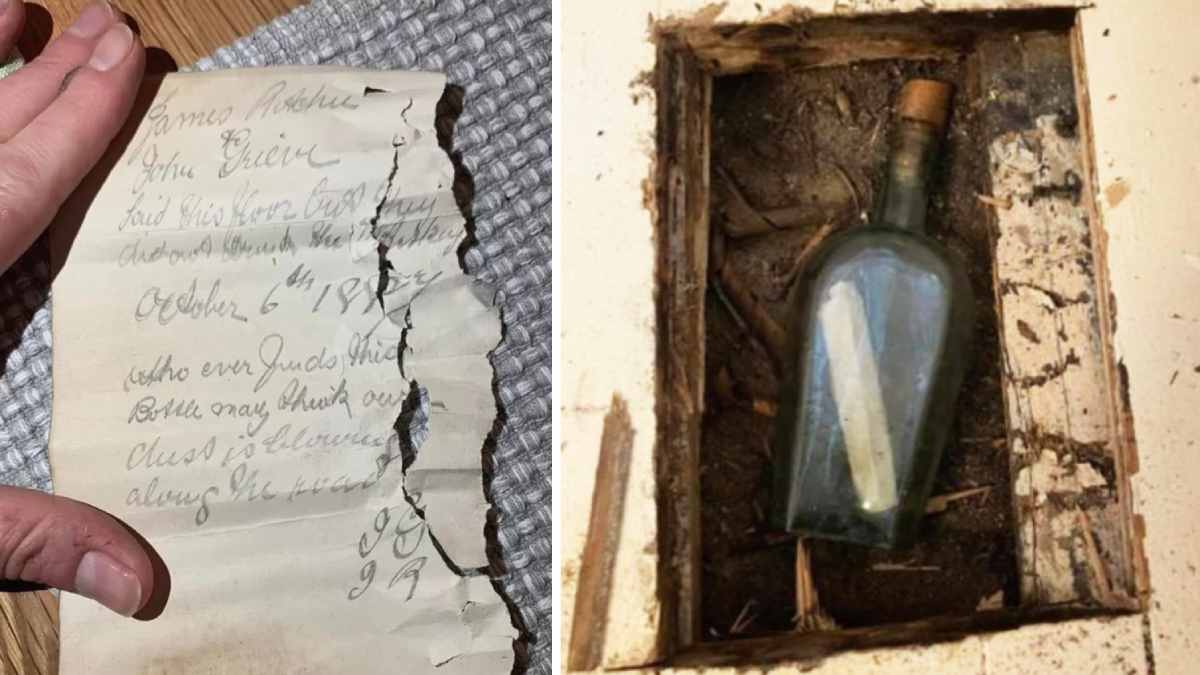 Plumber Alan was surprised by this discovery and immediately took the bottle to the owner of the house, Eilidh Stimpson. Elith thought of taking out the letter from the bottle in front of the children, who were on their way to school at that time. When both the children returned from school, the note was taken out by breaking the bottle.

Doctor Elidh Stimpson by profession says that we tried hard to take out the note with the help of tweezers and pliers, but due to this the note started tearing a little. We didn’t want this note to be damaged further, so regretfully we had to break the bottle.

He opened the packet of letters and read it. Whatever was written in the letter, it was written by hand. It was written in it- ‘James Ritchie and John Grieve are lying on the floor, but we did not drink whiskey. 6 October 1887. Whoever gets this bottle, he should understand that our fragrance has spread on the road.’

Alan says that this bottle was found in the room which used to be a maid’s room when the house was built. But no one has any information about the people who wrote the letter.

A 135-year-old message was recently found beneath the floorboards of a house in Scotland, and it contained a funny message from two (definitely not drunk) Victorians.https://t.co/SoZWzNqYIN

This is a 135 years old letter. Rather, this is the oldest letter ever found in the bottle. Prior to this discovery, this record was held by a family in Western Australia, who found a 132-year-old bottle on the seashore in 2018. This bottle was a Dutch gin bottle from the 19th century. Inside he found a rolled-up note written in German. It was told in this note that it was thrown from a boat in the Indian Ocean, about 950 km from the coast. This note was written on June 12, 1886.

If the discovery of this bottle found in Scotland is authentic and the date written on it is accurate, then this bottle will be the oldest bottle in the world in which a letter has been found.