Seeing some such pictures from Amravati in Maharashtra, fear will sit in your mind. Actually the pictures are such that an arrow entered the face of a child. The case pertains to the government playground in Dariapur tehsil of Amravati. Where the training of archery started. Meanwhile, an arrow entered the face of Vedant Dahlen, who was taking training, near his eye.

The age of the child is 15 years. The child was also taking training in archery there. During the training, an arrow came in such a way that it got stuck in the cheek of Vedant’s face. After which there was a stir in the ground. In a hurry, Vedant’s companions took him to the government hospital in Dariyapur. Where the doctor removed the arrow stuck in Vedant’s cheek with great cleverness and promptness.

After which the condition of the child is currently stable. Where the arrow had entered, there is still a wound on which the doctor has applied ointment. Giving information in this matter, the doctor said that now his health is stable. 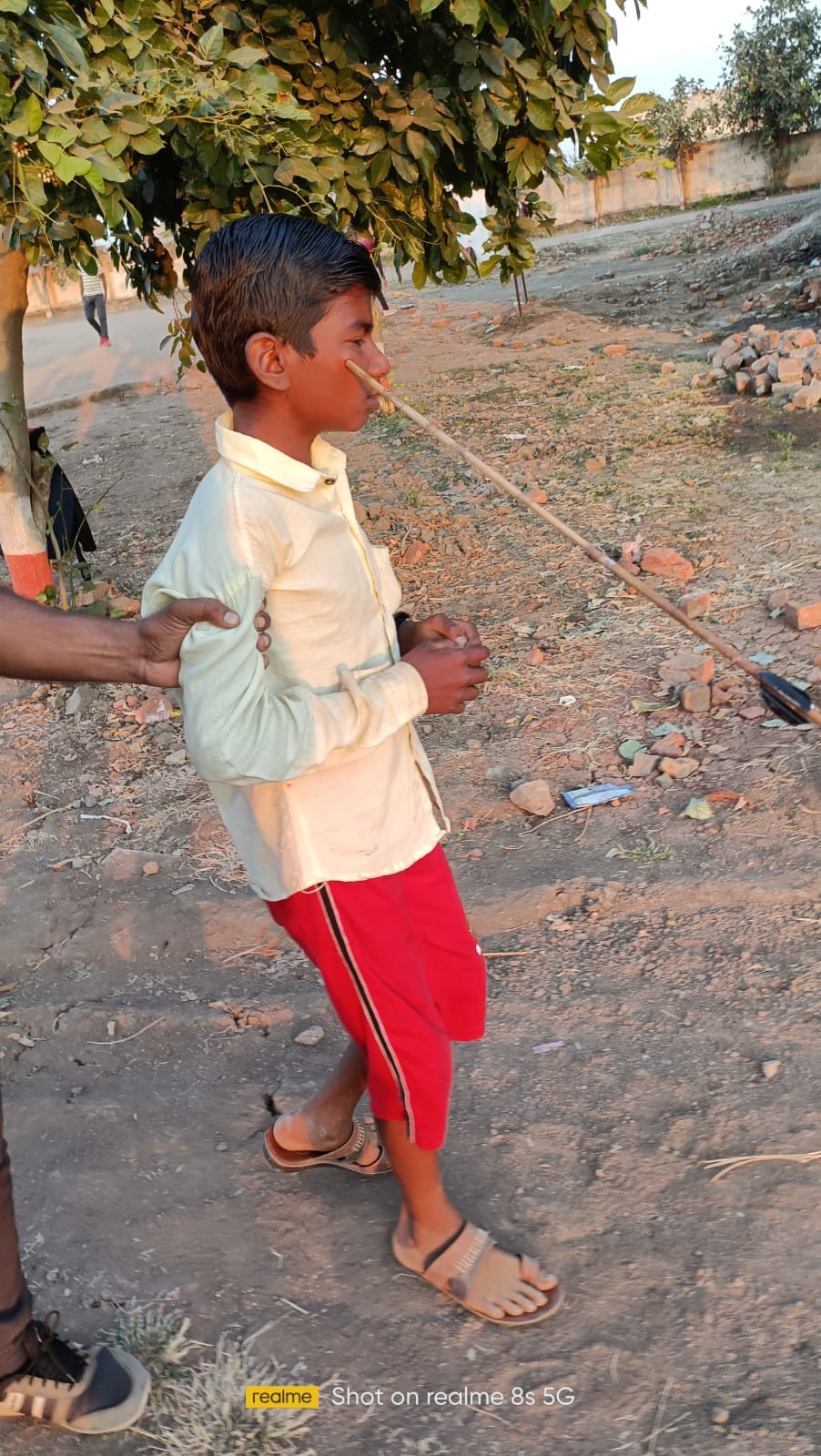 How this arrow entered his cheek is a matter of investigation. Whose investigation will be done under the guidance of the ground officer. This matter is worrying.