About 600 years ago, a cargo ship sank off the southeastern tip of Sweden. Researchers closely studied the cargo of this ship. He traced its journey and put forward the history of this ship. However, the ship’s voyage ended mysteriously, believed to have crashed during its voyage to medieval Europe.

The wreck of this ship is called the Skaftö wreck. It was a giant merchant ship, discovered in 2003 by a local diver at the bottom of the Lysekil sea, north of Gothenburg. Later that year, maritime archaeologists from the Bohusläns Museum also arrived at the site of the wreck and gathered information about the ship. This ship sank around 1440 CE and was loaded with cargo. 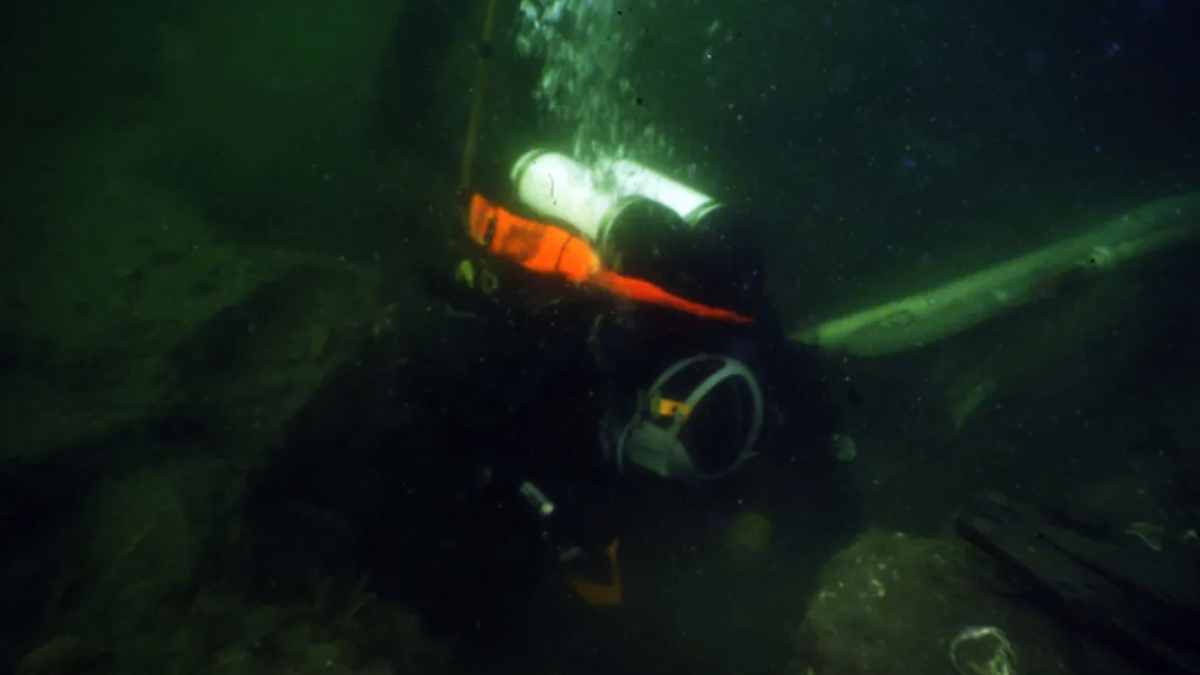 The ship was supposed to go to Bruges, Belgium, but sank in the Bohuslan Archipelago. (Photo: Staffan von Arbin, Bohuslän museum)

Marine archaeologists from the University of Gothenburg have done a new research on this and have put a detailed list of the things found in the shipwreck in front of everyone. Using chemical analysis and advanced imaging techniques, researchers determined that the cargo contained building materials including copper, oak lumber, quicklime, tar, bricks and tiles.

Published in the International Journal of Nautical Archeology Search According to , the researchers identified calcium oxide, commonly known as quicklime or burnt lime. It originates from the Swedish island of Gotland. This was surprising, as researchers did not know that it had been exported from Gotland in the 15th century.

Researchers say that the copper found in it was mined in two areas of present-day Slovakia. Looking at medieval sources, the team believes that copper was transported from Slovakian mining districts in the Carpathian Mountains by rivers around the Polish port city of Gdańsk.

Almost 600 years ago, a ship loaded with cargo was wrecked off the southeastern tip of Sweden. In a new study, researchers dived into this ship’s history by taking a close look at its cargo and tracing its journey.https://t.co/BdNXK5MAJT

The lead author of the research and maritime archaeologist Staffan von Arbin says that it is very likely that the ship left Gdańsk with goods before its last voyage. Analysis of the cargo suggests the ship was on its way to a western European port, probably in Belgium. Then it was lost to the waves in Sweden’s Bohuslän archipelago for unknown reasons.

Stefan von Urbin says that we believe that the ship was to go to Bruges, Belgium. In the 15th century, the city was a major trading center. We also know that copper produced in Central Europe was shipped from there to various Mediterranean ports, including Venice.