In the last 24 hours, Indonesia, Solomon Islands and Kargil have trembled rapidly. A magnitude 7 earthquake struck the Solomon Islands. Nepal, Uttarakhand, Delhi-NCR were also trembling a few days back. The earthquake was above 5 magnitude. Is it earthquake season? Why are there so many earthquakes? If you look at the Solomon Islands from Kargil to Indonesia and below it near Australia, you will see them in a straight line. That is, there is a stir in their tectonic plates. Because of which earthquake wave can come from bottom to top. But it is not necessary.

According to the United States Geological Survey (USGS), it is not a big deal to increase seismic activities a little. Due to their increase, warning of any major disaster cannot be issued. But in the last few years the frequency of earthquakes has increased. Its record is kept in the Comcat Earthquake Catalogue. It’s not because earthquakes have really increased. Rather, we have increased machines and instruments to measure earthquakes. Their deployment has increased. That’s why we keep getting information about more and more earthquakes. 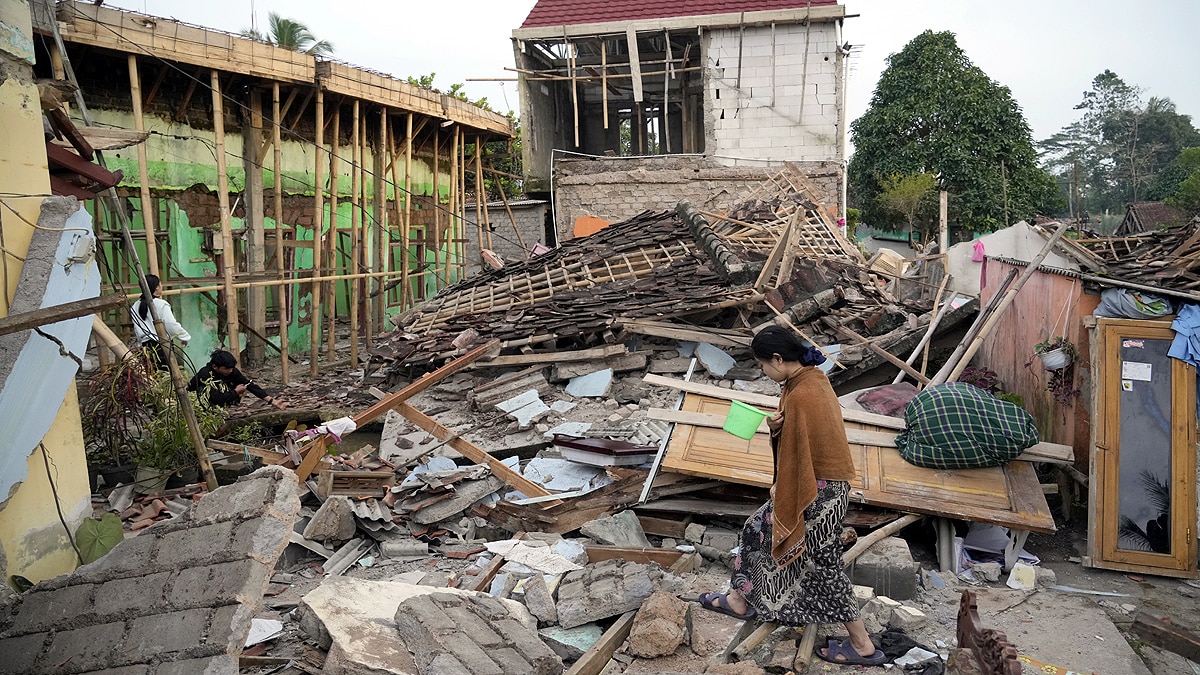 A scene of devastation after the earthquake in Java, Indonesia. (Photo: AP) On the right side of the map you will see the Indian, Australian, Philippine and Pacific plates. There is a lot of movement in these plates. Because of which this area is called Ring of Fire.

Why one earthquake after another in Indonesia, Solomon Islands and Kargil?

According to USGS, in the last 40 to 50 years, the number of large earthquakes recorded has increased. So far, the year 2010 has been the only year when 23 major earthquakes occurred. All of them were of intensity 7 or more. Now let’s talk about Kargil, Indonesia and Solomon Islands. The Solomon Islands rest on the Pacific Plate. While Indonesia is present at the junction of the Eurasian, Philippine and Pacific plates. Whereas, Kargil is present in the upper part of the Indian plate. All these plates are adjacent to each other. If there is movement in any one plate, then it is sure to affect the other. More or less it depends on the intensity of the earthquake on any plate.

Indonesia, Solomon Islands… near the Ring of Fire, so more disasters

Indonesia and Solomon Islands are present at such a place where many tectonic plates of the earth are found. These are Indian Plate, Eurasian Plate, Australian Plate, Philippine Plate and Pacific Plate. Because of these plates, there is more seismic activity in this area. If the energy produced by the collision, friction, ups and downs of the plates is released slowly, then a low intensity earthquake occurs. But if this energy is released rapidly then the magnitude of the earthquake increases. For this reason, there is a lot of explosion in volcanoes in the Ring of Fire area. Sometimes earthquakes are also felt due to the pressure created by the hot magma present inside the earth. Volcano erupts. People flee to safer places after a tsunami warning after an earthquake in the Solomon Islands. (Photo: AFP)