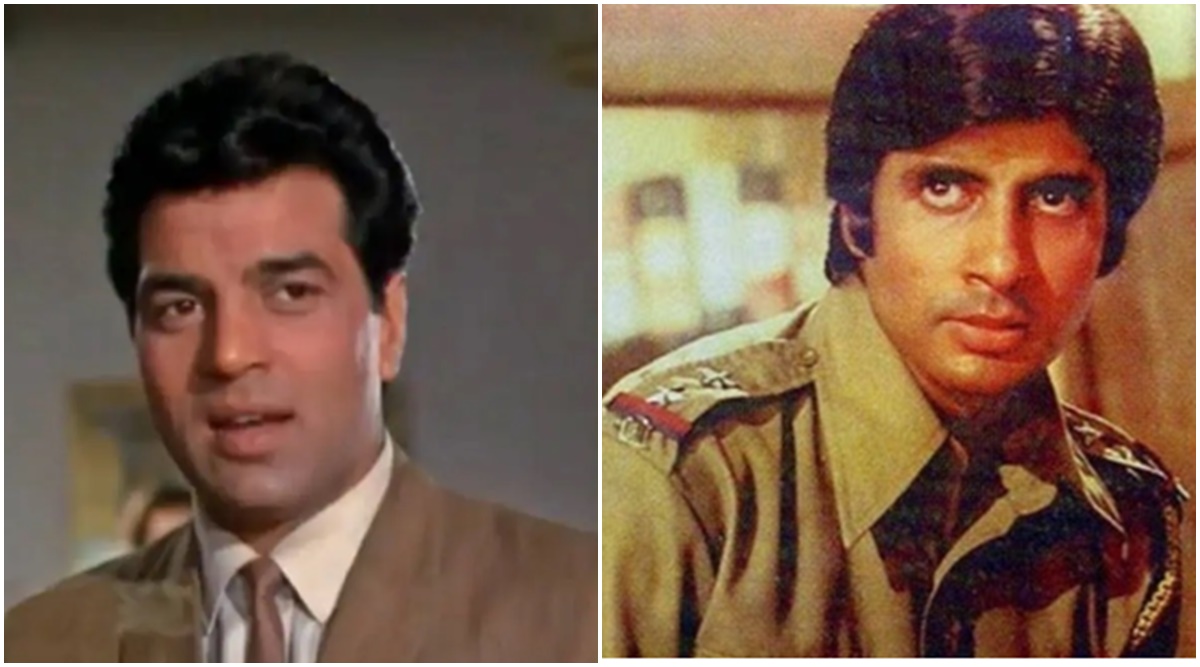 Hrishikesh Mukherjee was recognized as a sharp-tempered director, who made distinguished contributions to Indian cinema and produced memorable films like Chupke-Chupke, Anupama, Anand, Abhimaan, Guddi, Golmaal and Namak Haraam. Rishikesh did not inform any actor about the scene to be shot. No one had any idea what role he was going to get in the scene to be shot the next day. Just according to the scene, the costume artists were handed over. Bollywood veteran actors Dharmendra and Amitabh Bachchan were not aware of this habit of Hrishikesh Mukherjee. For this reason, both of them had to be scolded by the director Rishikesh that both their faces hanged. Let’s know about this whole interesting story…

Amitabh and Dharmendra were in this film: In 1975, Hrishikesh Mukherjee made a film ‘Chupke-Chupke’. Amitabh Bachchan and Dharmendra were in lead roles in this film. He was accompanied by Asrani and Omprakash in the film. Recently, in an interview to a news agency, Asrani told that earlier there were budget restrictions and artists used to get clothes from old films.

As it was the habit of Rishi Da that he did not tell anything about the scene to anyone in advance. He gave me a suit to wear in one scene and Dharmendra got the driver’s clothes. Both of us did not know the scene so we got upset. Dharmendra gets scared. At the same time, Hrishikesh Mukherjee was busy playing the game of checkbox on the shooting set comfortably on a chessboard. In such a situation, Dharmendra asked me that ‘Have I become your driver?’ To this I said ‘I don’t even know’.

‘If I had understood the story, I would have been a hero’: Asrani further told that when our words fell in the ears of Rishi Da, he shouted angrily, what is Dharam asking Asrani. Dharmendra got scared on hearing this. Meanwhile, Amitabh Bachchan reached. He was not aware of the incident that happened a while back. He also looked at me and asked ‘How are you in the suit today?’ This time Amitabh also became a victim of Rishi Da’s anger. He scolded and said, ‘Oh Amit, what are you asking? If you guys had so much understanding of the story or scene, then the director would not have been a hero in the film.

‘Chupke-Chupke’ was shot in Jalsa: This film became a memorable film of Amitabh-Dharmendra’s film career. The film also starred Jaya Bachchan and Sharmila Tagore. Let us tell you that the house where this film was shot was later bought by Amitabh Bachchan. Chupke-Chupke, Anand, Namak Haram, Satte Pe Satta and many other films were shot in this house.

‘PM Modi’s DDLJ policy with China’, Rahul said – his silence on China is very harmful for the country

Gold Rate: Know how much the difference between gold and silver rates came today

Gold Rate: Know how much the difference between gold and silver rates came today