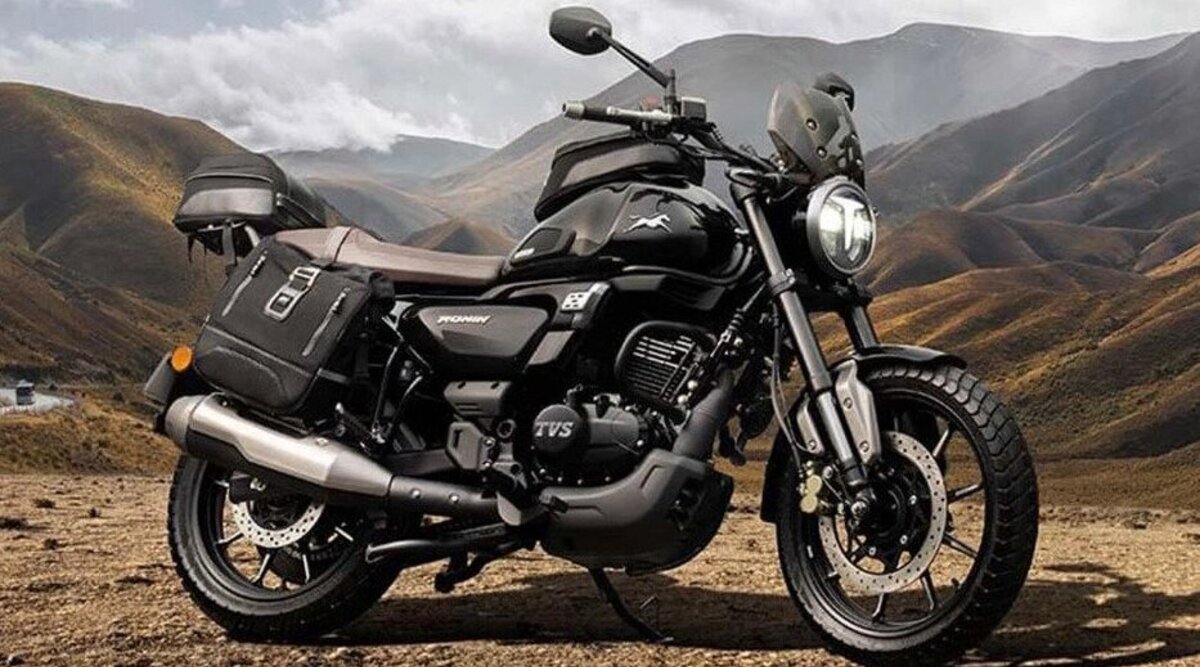 TVS Motors has launched its new bike Ronin 225 Retro Scrambler in India which is completely different in terms of design from the existing bikes of the company. The company has launched this bike in the market with an initial price of Rs 1.49 lakh.

TVS Motors has launched this Ronin 225 Retro Scrambler bike in the market with three variants which have been given to Single Tone, Dual Tone and Triple Tone.

Talking about the design look and feel of the bike, TVS Motors has designed it with a muscular fuel tank, a long flat seat, round shape headline, knobby tyres, side slung low exhaust and bash plate which makes this bike a retro scrambler. Gives look and feel.

Talking about the features, the company has given a single pod instrument cluster in this TVS Ronin which supports Bluetooth connectivity. Through this instrument cluster, the rider can accept and reject phone calls as well as view notifications and use navigation features. Hi-tech features like side stand warning light and voice assist have also been given in the bike.

Talking about the engine and power of TVS Ronin, the company has given a 225 cc single cylinder engine which is based on oil-cooled, fuel-injected technology.

This engine generates 20 bhp power and 19.9 Nm peak torque. A 5 speed gearbox has been given with this engine. After entering the retro scrambler segment, the TVS Ronin is set to compete with the Yamaha FZX, Honda CB350.

Samsung will launch Galaxy M13 series in India on July 14, what will be special for users