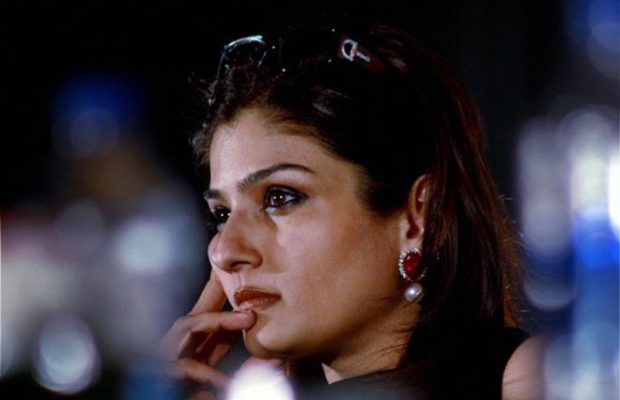 There is a ruckus in the whole country regarding the Agneepath scheme, the most impact is being seen in Bihar and Uttar Pradesh. Train, bus, station were set on fire in Bihar. Actress Raveena Tandon took a jibe at the video of the protesting students, while writer Ashok Kumar Pandey has responded.

Raveena Tandon has reacted to a video on Twitter, in which some people are seen opposing the Agneepath scheme. On this, Raveena Tandon wrote tauntingly that “23-year-old candidates protesting.” On this, writer Ashok Kumar Pandey has replied to Raveena.

Ashok Kumar Pandey wrote that “Sometimes look at the life of a common man. Conflict and unemployment make people age prematurely. They do not have the facility to look sixteen in sixty by wearing makeup. People are giving their reactions to Raveen Tandon’s tweet.

A user named Yadvendra wrote that ‘why doesn’t Raveena Tandon send her children to the army’s 4-year service, they will also like it if they serve the country. Will feel proud. One user wrote that ‘everyone has to struggle and work hard. Some to get something, some to maintain what they have got.’ Pankaj Chaudhary wrote that ‘Once ask these madams from where they want tickets now.’

Take a look at the life of a common man. Conflict and unemployment make people age prematurely.

They do not have the facility to look sixteen in sixty by wearing makeup. https://t.co/CF5bL2Fd5f

A user named Vipin wrote that ‘these people have created a facility to look sixteen in sixty by doing make-up for themselves and not to oppose everything.’ Smriti Singh wrote that ‘Come out of your AC room and car and feel the pain of the youth, how the unemployed live their life. It is very easy to come on Twitter and target the youth.

Let us inform that in many states of the country, there is a protest against the Agneepath scheme. The protesting youth have become furious at many places and are doing arson. Incidents of arson have been reported at many places in Bihar and Uttar Pradesh. People on social media are questioning the manner of the demonstration.

The stock market continues to fall, so do not do these 5 things to avoid losses

The stock market continues to fall, so do not do these 5 things to avoid losses