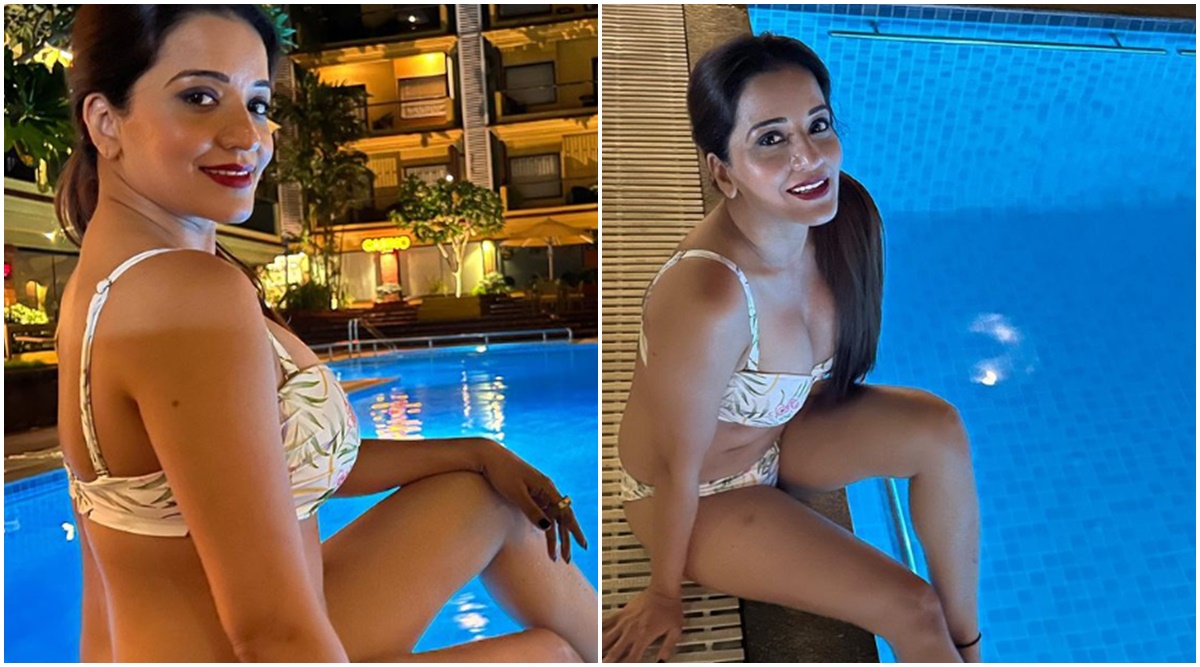 The latest pictures of Bhojpuri actress Monalisa are going viral on social media. In which she is seen wearing a white printed bikini. Monalisa Swimming has posted these pictures on her Instagram, in which she is sitting in the dark by the pool.

He wrote along with his pictures, “When memories hit you.” Monalisa is very active on social media and posts some new pictures and videos everyday.

Fans like his pictures very much. More than 86 thousand likes and many comments have come on this post too. In which people are praising him fiercely. Monalisa continues to surprise fans with her bold avatar.

The actress has shared her bikini pictures many times. In most of the pictures, she is seen having fun with her husband Vikrant. A few days ago, Monalisa had posted a reel, in which she was seen acting on the song Kahani by Lal Singh Chaddha. In this video, she is wearing a pink short skirt with a black bralette.

Monalisa shared some beautiful pictures of the actress in a short one piece of white color. With which she told that she is associated with her upcoming webseries. In those pictures, Monalisa was posing by the sea. The name of that webseries of Monalisa is Dhappa, with which she has made her debut on OTT. The actress gave this information to her fans through social media.

Monalisa is seen in the ‘Dhapa’ web series released on OTT on 24 May. Which is streaming on Hungama Play. Along with Monalisa, Jai Bhanushali also has a lead role in this web series. It has five different stories. Its trailer was shared by Monalisa.

Ducati’s new foldable electric bicycle, light enough to lift with one hand, costs as much as a bullet

Ducati's new foldable electric bicycle, light enough to lift with one hand, costs as much as a bullet