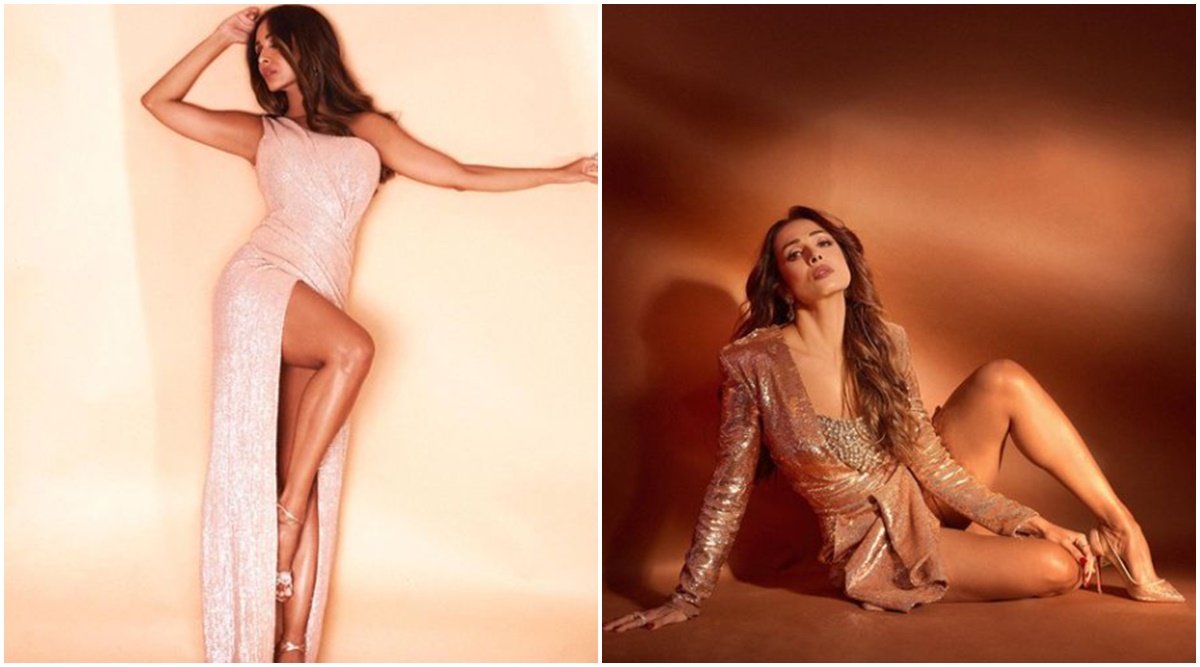 Bollywood actress Malaika Arora is 48 years old, but with her fitness and style, she insures the good. Many people are fans of Malaika’s fashion sense and her style.

Everyone knows that Malaika works hard for her body, which is why she looks beautiful in whatever clothes she wears. Mostly Malaika is seen in high slit dresses. In which the actress is seen flaunting her toned legs.

A few days ago, Malaika shared a photo in a black long coat and high gum boots. In which she was completely covered from above and was flaunting her legs, her legs were looking very hot. Along with this, the actress captioned the photo, which was ‘Hello’.

Malaika shared another picture giving the caption Hello cover star. In which she is seen wearing purple and black combination. In that picture, Malaika’s shaped and shiny legs are looking very beautiful.

Apart from this, Malaika also shared a photo wearing sports wear. In which he is wearing peach color shorts and upper. With this he is wearing white sando. The actress is seen having fun in this photo. She is giving cute poses while lying on the couch.

Although every photo of her is special, but the pictures of her photoshoot are very hot. Malaika has shared many photos on her Instagram in a shimmery golden dress, in which she is posing with full attitude while showing her legs. More than one lakh likes have come on these pictures of her.

The most beautiful picture of Malaika in which she is wearing a pink shimmery long high slit dress. She is standing and posing while doing a leg show. More than 2.5 lakh likes have come on this photo.

Malaika also keeps sharing her good health tips and workout routine on social media. In which she tells about the yoga and exercise of her daily life. She has shared many videos, in which she is seen doing workouts.