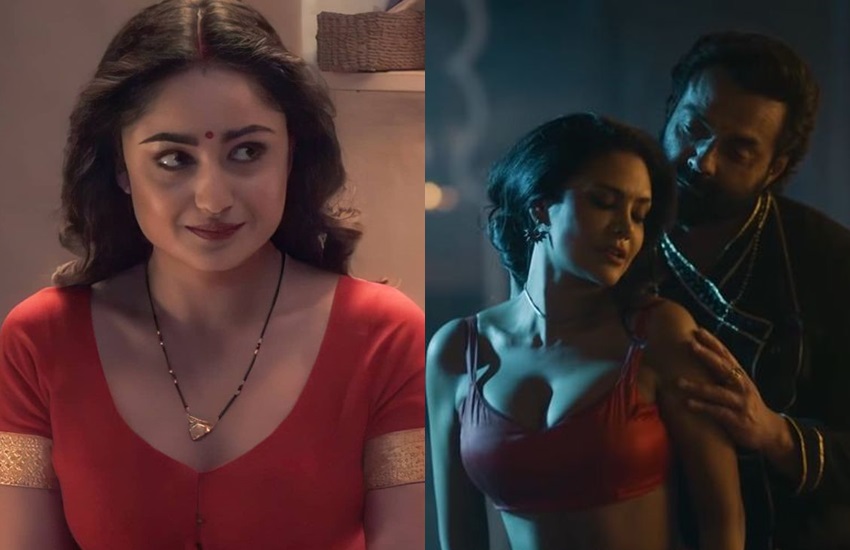 The strategy and cleverness and power of Bobby Deol, who became Baba Nirala, is being seen well in the trailer of Prakash Raj’s web series ‘Ashram 3’, but at the same time, apart from Tridha Chaudhary, the sizzling avatar of Esha Gupta is also seen in the series. Who is seen wooing Bobby Deol with her beauty.

Will Esha Gupta replace Tridha? People were waiting for a long time for Prakash Jha’s web series. In Ashram Season-1 and Season-2, people liked the chemistry of Bobby Deol and Tridha. Tridha craze is being seen among the people for season 3 also. A fan commented on the YouTube video, Tridha was seen in the trailer for just 1 second. Hope he has more scenes. Because he is also one of the reasons for the series becoming popular. Another fan of Tridha has written that to be honest, I have also come to see the trailer because of Tridha.

Now it has to be seen whether Esha Gupta will be able to compete with Tridha in Ashram-3 and will be able to entertain the audience. This will be known only after watching the series. Let us tell you that Jannat 2 actress Esha Gupta will be seen playing the role of Bobby Deol’s publicist in this series. She will be seen doing the work of polishing the image of Baba of Kashipur in the lower strata of the society.

Ashram-3 will be released on MX player on this day: Along with the trailer launch, the makers have also announced the release date of the web series. This web series is releasing on MX Player on 3rd June. Let us tell you that this time many new faces will be seen in the series. Apart from Bobby Deol and Esha Gupta, the most loved series will see many stars including Aditi Pohankar, Darshan Kumar, Tridha Choudhary, Adhyayan Suman, Sachin Shroff in pivotal roles.

‘Ashram’ has been part of controversies: The web series Ashram made under the direction of Prakash Jha has also been in controversies. On October 24, 2021 in Bhopal, the capital of Madhya Pradesh, during the shooting of webseries Ashram-3, about 200 Bajrang Dal workers ransacked the film set and directed the producer Prakash Jha. Jha) but ink was also thrown at him; Along with this, Prakash Jha was also accused of defaming the Hindus and the ashram system.

‘Remove the word Sindh in the national anthem, because we cannot sing the glory of Pakistan’, Ghazipur Maulana’s appeal to CM Yogi

'Remove the word Sindh in the national anthem, because we cannot sing the glory of Pakistan', Ghazipur Maulana's appeal to CM Yogi