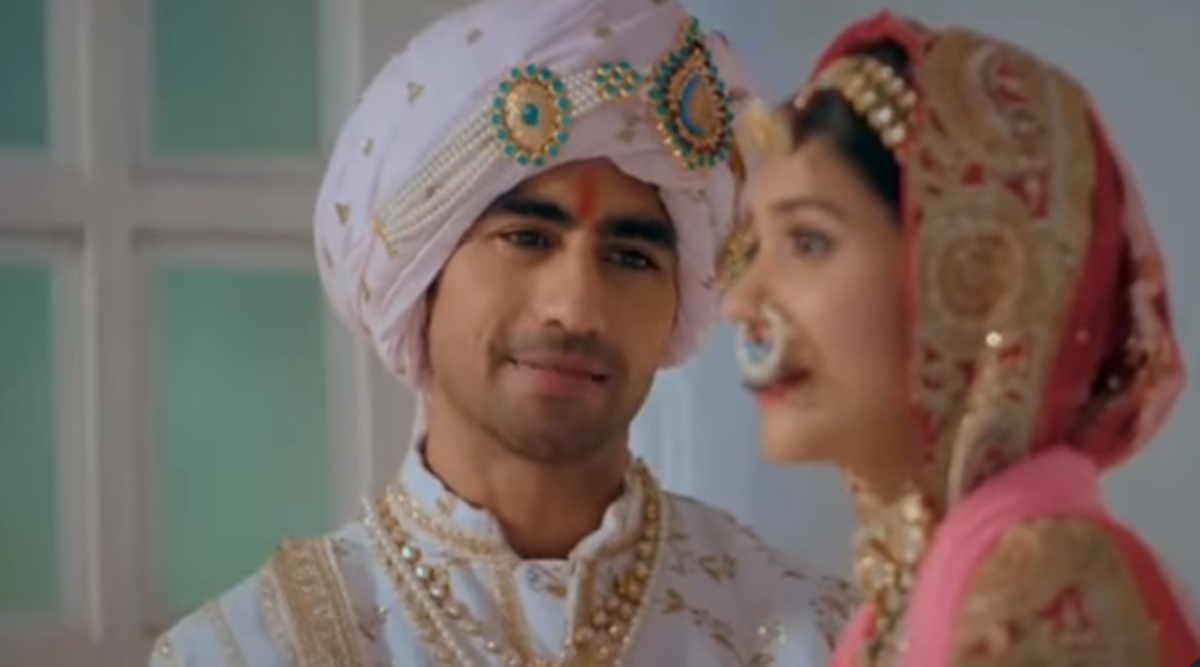 In Friday’s episode of Rajan Shahi’s Yeh Rishta Kya Kehlata Hai, Abhimanyu comes home with Akshara, but both of them are shocked to see that only Manjari and Neel are present at the house. There is no one to welcome both of them except them. Akshara is surprised to see this and feels that this is Neil’s plan and he is trying to prank her.

Manjari tells them that there is no one at home as Mahima, Anand and Harshvardhan suddenly had to go to the hospital. The rest of the people of the house have also gone out for some important work. Abhimanyu gets upset knowing this and he asks Manjari to do tilak. The two go inside the house and Abhi tells her that in their profession, their time and patient matter before their wishes. To which Akshara says that she understands.

Akshara asks Manjari if they can perform the rituals after everyone comes back. Manjari tells him to freshen up and take rest till then. After which Abhimanyu takes Akshara to his room, but then Abhi receives a message. Reading which Abhi tells Akshara that the condition of a patient is critical and he will have to go for that.

Akshara goes to her room alone and gets sad. She feels sad to think that she had not expected such a welcome. Just then, Kairav ​​gets a call and he asks him about the welcome. He understands that Akshara is upset and asks her the reason. She tells Kairav. Now Goenka says that Birla family should not do this. Abhi should not have left Akshara alone like this. On this Manish says that the life of the patient is more important than all this.

On the other hand Akshara talks to Abhi’s shirt hanging in the room and congratulates him on the wedding. She finds a bracelet that Abhimanyu had kept for her. Abhimanyu calls Akshara and she tells him that he is feeling tired. Abhi says that he has got another case but he will be back soon.

In the coming episodes, we will see Akshara cooking for the first time at Birla House and making Kheer. Keep watching ‘Yeh Rishta Kya Kehlata Hai’ to know what happens next.

From Mariupol 225 kilometers walk to safety. He only had a backpack and a dog – List News

Russia-Ukraine War: The Mistake On Which Ukraine Made Putin Sleep By Thanking Russia!

Russia-Ukraine War: The Mistake On Which Ukraine Made Putin Sleep By Thanking Russia!