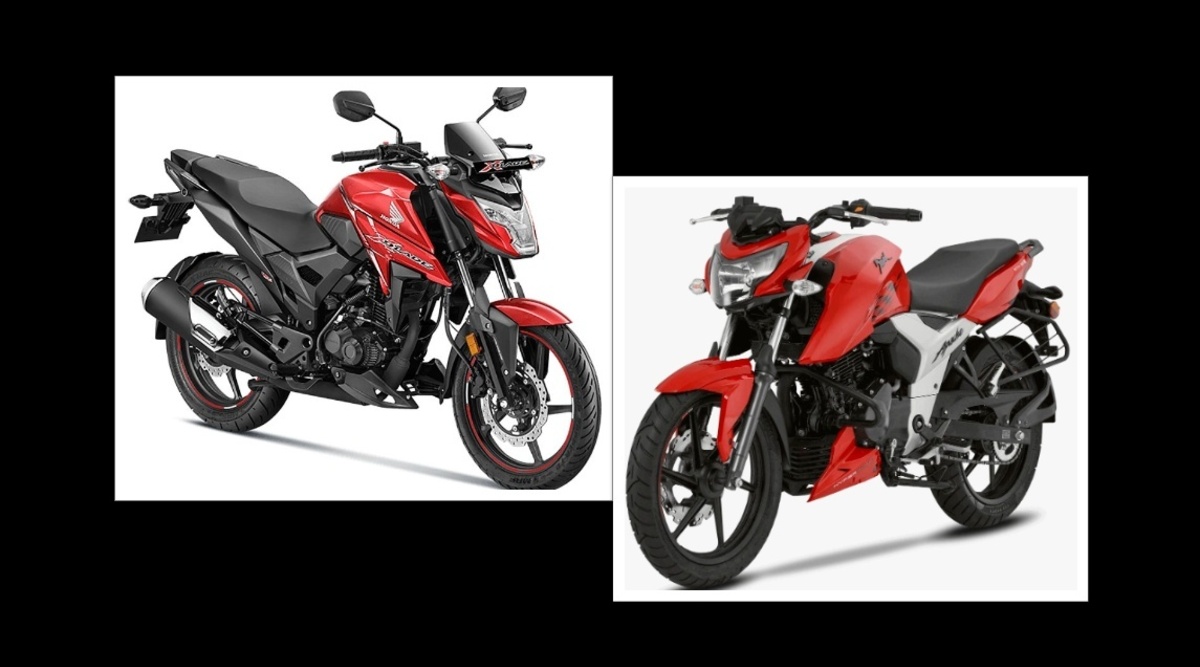 There is a wide range of bikes in the bike segment from low budget to high mileage bikes to expensive premium bikes. In which today we are talking about bikes with 160 cc engine.

If you are also planning to buy a stylish and mileage bike for yourself, then know here the complete details of these two popular bikes which can prove to be the best option for you in a low budget.

For this comparison, today we have TVS Apache RTR 160 vs Honda X Blade, in which you will know the complete details of both of them from price to features.

Talking about the engine and power of the bike, a single cylinder engine of 159.7 cc has been given in it. This engine generates 15.53 PS of power and 13.9 Nm of peak torque. A 5 speed gearbox has been given with this engine.

Regarding mileage, the company claims that this TVS Apache RTR 160 sports bike gives a mileage of 48 kmpl and this mileage has been certified by ARAI.

TVS Apache RTR 160 bike has been launched by the company in the market with a starting price of Rs 1.11 lakh, which goes up to Rs 1.14 lakh when going to the top variant.

(read this also– These top 3 bikes come in a small budget of only 55 thousand, gives big mileage up to 96 kmpl)

Honda X Blade: Honda X Blade is a popular bike in its segment which is liked for its aggressive design and fast speed. The company has launched two variants of this bike in the market.

Talking about the engine and power of the bike, the company has installed a single cylinder 162.71 cc engine in it. This engine generates 13.8 PS of power and 14.7 Nm of peak torque. A 5 speed gearbox has been given with this engine.

Regarding the mileage of the bike, the company claims that this bike gives a mileage of 55 kilometers per liter and this mileage has been certified by ARAI.

After Xiaomi 12 Pro, now the company is bringing Lite version, know which features will be seen despite the cheap