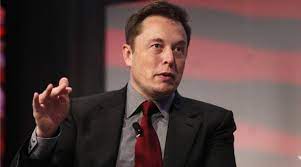 Tesla CEO Elon Musk recently bought Twitter. Many people are giving strange reactions on social media regarding this. Bollywood actor Kamal R. Khan asked Elon Musk that if someone criticizes him, he will not block him? KRK wrote on his Twitter handle, “Sir, Elon Musk, if someone tells the truth about you and makes fun of you, will you block his Twitter handle.”

Many users are also reacting to this comment of KRK. One user wrote, “Don’t ask so many questions so soon. Take some time and ask slowly.” Aditya Aryan wrote, “Brother, bought Twitter so that no one can speak against him and his company and Tesla shares keep rising like this.”

Neeraj Mishra wrote, “Conversations between Kejri and Modi seem to be happening. KRK is thinking how to get a reaction once.” Manish Rateja wrote, “Look, how are you afraid to speak about them. Don’t know that you will not leave anywhere.

Sir @elonmusk if someone will say truth about you to make fun of you, So will you block his Twitter handle?

Let us tell you that KRK is asking strange questions to Elon Musk by tweeting one after the other. KRK wrote in another tweet, “Sir Elon Musk can you send me to Mars? Now that people don’t want to watch Hindi films on Earth, I want to make a Hindi film industry on Mars.”

Sir @elonmusk can you send me to Mars pls? Because I want to establish a Hindi film industry on Mars. Since people are not interested to watch Hindi films on earth.?

In another tweet, KRK wrote, “Sir Elon Musk when will monetization start on Twitter? I absolutely don’t want people to read my tweets for free.” On this tweet, users started enjoying KRK. One user wrote, “You have to speak as if your tweets are not tweets, they are poetry.” The lazy blogger wrote, “Like people longing to read your tweet.”

A user named Akash wrote, “Brother, if you start getting money then no one will read your tweets. Already no one reads, then he will not read at all. Santosh Kumar wrote, “Rightly said, those who read your ridiculous tweets should get money.”

Abhishek Keshav wrote, “If monetization is applicable, then you will either have to request people to subscribe or keep the subscription fee at Rs 0.

Controversy over ‘Iftar Party’ at Congress Headquarters! The big leaders left the dinner and came out through the back door; Imran Pratapgarhi clarified