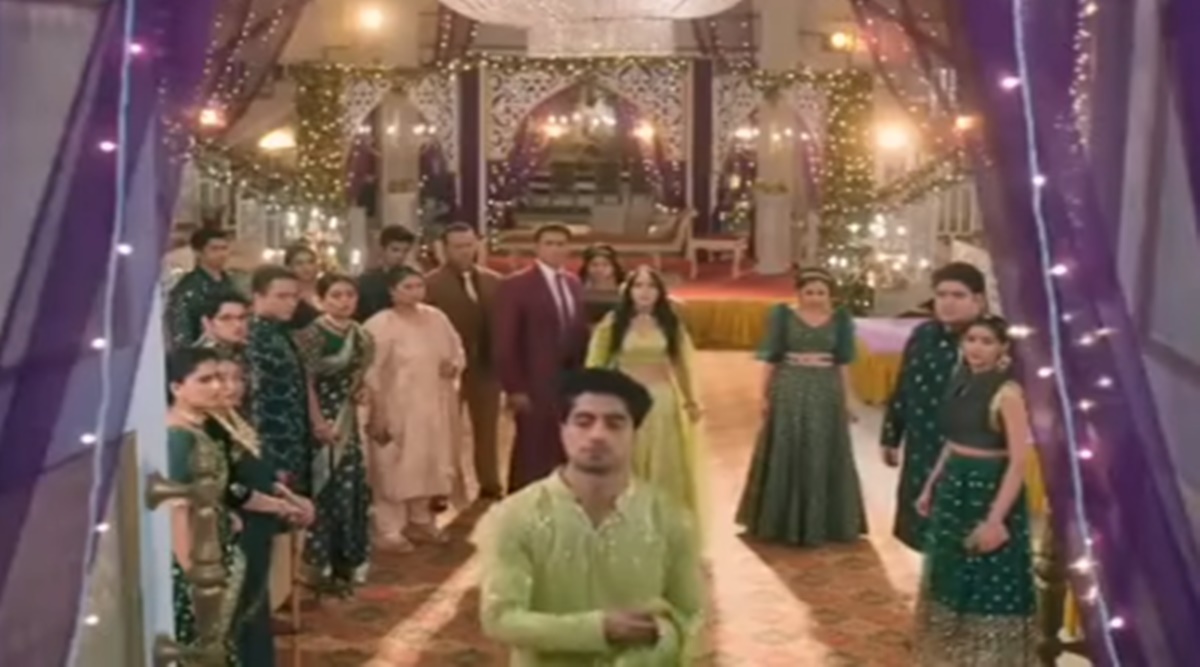 The track of the wedding of Abhimanyu (Harshad Chopra) and Akshara (Pranali Rathod) is underway in Star Plus popular serial ‘Yeh Rishta Kya Kehlata Hai’. These days this show is becoming more interesting for the audience. Aarohi, who took advantage of Akshu, has left the house, while the whole family has also left for Jaipur.

Abhi and Akshara’s wedding will take place in Jaipur, for which the makers of the show and the entire team have reached Jaipur. Some pictures of the wedding shoot are also going viral on social media. A resort has been booked for the wedding, in which all the rituals are being shot.

The haldi ceremony of Abhi and Akshara will be shown in the upcoming episodes. Whose promo is also coming soon. But before that its video has started going viral on social media. Akshara’s turmeric look is quite cute, she is wearing an orange colored lehenga.

Let us tell you that along with the marriage of Akshara and Abhi, the truth of Aarohi has come to the fore. After knowing this, Abhimanyu refused her to attend his marriage. In the mehendi function, the chandelier was about to fall on Akshara that Aarohi saved her life without caring about her own life. After the function, Akshara receives a box and a letter, in which there is news of Aarohi leaving the house.

Aarohi’s departure before Akshara’s wedding in the show is troubling her. Seeing Akshara upset, Abhimanyu will also understand that she is missing Aarohi. The whole family is also in tension due to Aarohi’s disappearance. Abhi will set out to find Aarohi and then she will attend the wedding of both of them.

Change in a factory with Russian oligarchs. The production of aircraft will be taken over by the Czech Omnipol – Connexionblog