Deepika Padukone Cannes 2022: Deepika Padukone will be a part of the jury of the Cannes Film Festival. On the other hand, veteran French actor Vincent Lindon has been made the chairman of the jury and Deepika has been made a member of the panel. The actress herself gave this information through her social media handle. Let us tell you that before Vincent Lyndon, Isabel Huppert was the jury president in 2009. Even before this, many French stars have been the president of the jury. The Cannes Film Festival is going to be held from May 17 to May 28 this year. Celebs from all over the world attend the Cannes Film Festival and fans are waiting for their red carpet looks. 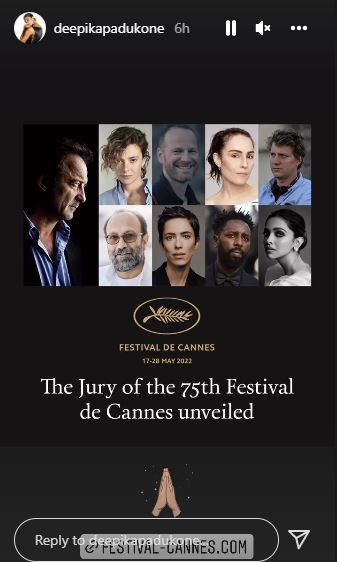 From Aishwarya Rai to Deepika Padukone and Sonam Kapoor, there are some such stars who have been seen on the red carpet of Cannes Film Festival every year. Fans are waiting for his look. At the same time, there is a doubt whether Sonam Kapoor will be a part of the red carpet due to pregnancy this year, but the fans will definitely wait for the first look of the rest of the stars.

IPL 2022: Rajasthan Royals is winning but why is skipper Sanju Samson slaying his own feet?