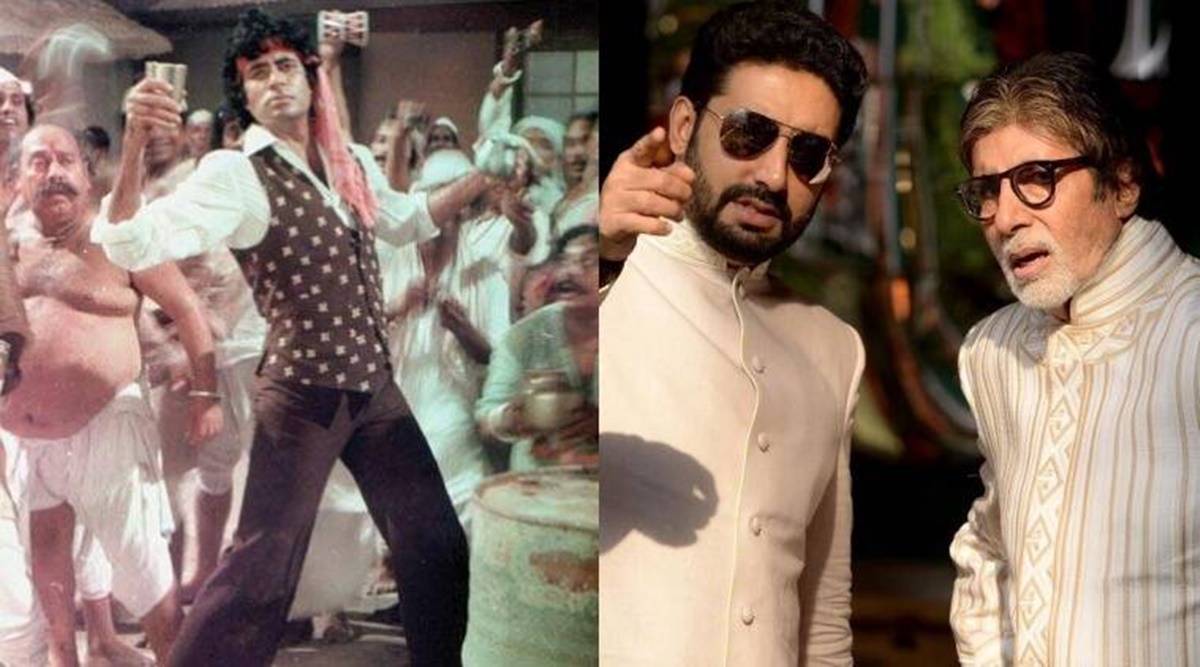 Bollywood superstar Amitabh Bachchan leaves behind the good with his talent. He got a different identity from his 1978 film Don. The song ‘Khaike Paan Banaraswala’ from the film has been one of his best songs. His step in the song became very famous. Even today, when this song is played, people follow the steps of Amitabh Bachchan. But no one knows from where did they learn that step? The actor himself told that he had copied that step from his son Abhishek Bachchan.

Amitabh has shared a video on his social media handle, which has been made by one of his fans. In which Amitabh is dancing to the song Khaike Paan Banaras Wala.

Along with the video, the actor wrote, “Some moves were copied from Abhishek when he was a kid. That’s how he used to dance.” Commenting on his post, Abhishek Bachchan wrote, “Haha I still do like this.”

Amitabh Bachchan’s relationship with his son Abhishek is very special. Abhishek’s film Dasvi was released on 7 April. In which his acting was strong. When the trailer of the film was released, Amitabh praised him fiercely. Writing a poem by father Harivansh Rai Bachchan, he said, “My son, being my son will not make me an heir. The ones who will be my successor will be my sons.” Fans were overjoyed to see the actor’s love for his son.

In 10th class, Abhishek Bachchan was shown a corrupt leader. who goes to jail for corruption. But like other prisoners, they also have to work hard there, after which they decide to study. He does tenth in jail itself and after coming out of his jail takes over the post of education minister.

At the same time, Amitabh Bachchan is seen in the film Runway 34 these days. Ajay Devgan is in the lead role with her in this film. Earlier, Amitabh Bachchan had garnered a lot of praise in the film Jhund. In the film, he played the role of a sports teacher. Recognizing the talent in the children of slum areas, they used to make them football players.

Infinix launched three new smart smartphones, these have anti bacterial back panel, know everything from price to features

Himachal Elections: After the victory of Punjab, now AAP is preparing to wave its flag in Himachal as well.

Himachal Elections: After the victory of Punjab, now AAP is preparing to wave its flag in Himachal as well.