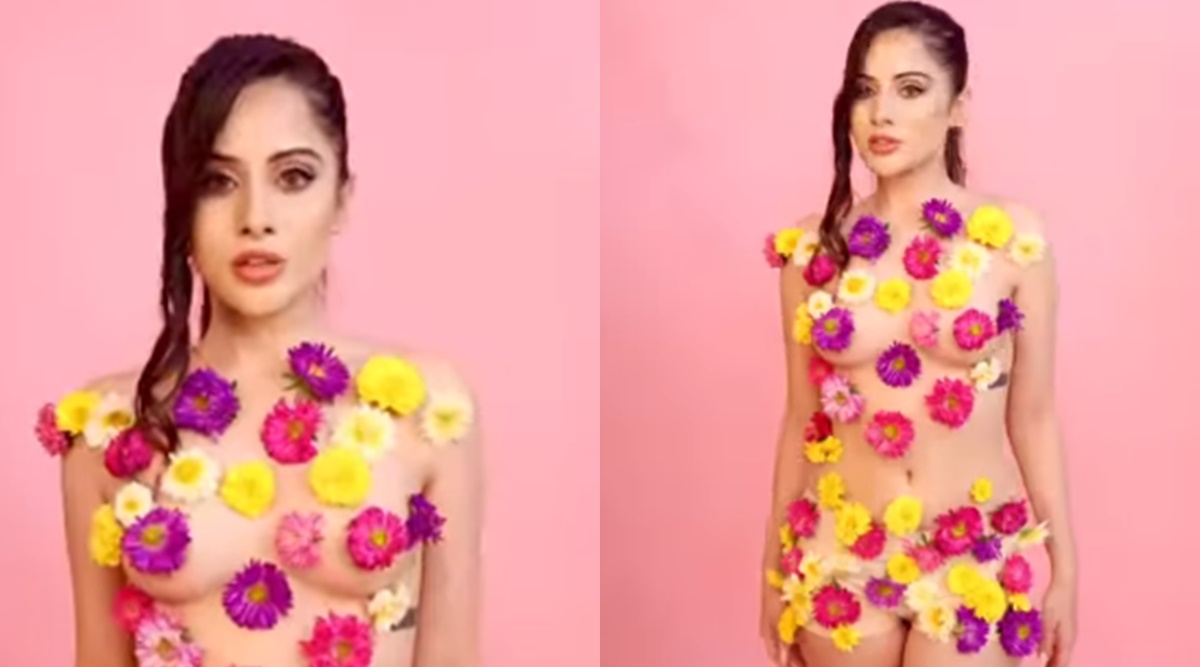 Urfi Javed never leaves a single chance to surprise everyone with her quirky outfits. But the extent was reached when the actress stuck flowers all over her body instead of clothes. This video of Urfi is becoming increasingly viral on social media. People are giving strange reactions after seeing colorful flowers on Urfi’s body.

People were upset seeing this avatar: Sambhavna Seth has first commented on the video of the actress. In which he has described Urfi’s look as fire. At the same time, other users have got upset seeing this avatar of him. Sambhavna Seth is commenting on every post of Urfi these days. Due to which users are suffering. He is telling them that they should not support Urfi.

IG Kavish wrote, “Enough is enough, now have to unfollow. Another wrote, “That’s all that was left, got it done.” Pragya wrote, “Wow didi! Your fashion is not equal to anyone’s.

There were trolls in plastic pants: Let us tell you that Urfi Javed comes out with a different look every day. Earlier, Urfi wore plastic transparent pants over a pink two piece. For which people trolled him a lot. People had told his clothes as raincoats. At the same time, a user had said, plastic is harmful for the environment.

Video Viral: Kangaroo entered the bar, the reaction of the people present as if nothing happened

Video: Explosions and fire in an oil depot in Bryansk, Russia – News list

Video: Explosions and fire in an oil depot in Bryansk, Russia - News list