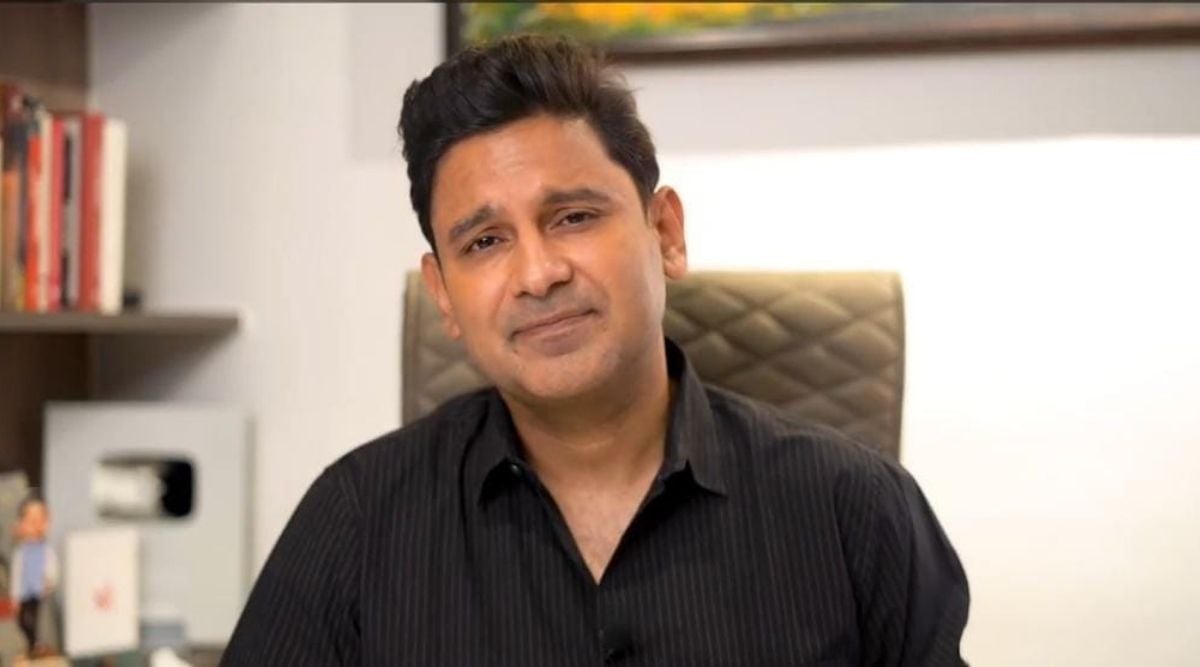 A controversy has arisen over the CBSE board making some changes in the syllabus. Some people are criticizing on social media and some are giving support. Controversy arose when lyricist Manoj Muntashir tweeted his support. If some people criticized Manoj on social media, then there was no shortage of people standing in support.

Where did the controversy start?: Manoj Muntashir wrote on Twitter that “Keep throwing stones at us with a left-handed hobby, we will keep fighting and winning our share. Congratulations friends, our children are getting freedom from Mughli ghutti. This battle has to be fought far, stay together. With this, Manoj shared a picture in which information about the changes in CBSE syllabus was given. On this tweet, Akash, who is said to be close to Tejashwi Yadav, replied, then there was a scuffle between the two on Twitter.

Responding to this tweet of Manoj Muntashir, RJD’s social media convenor Akash wrote that “The child of such a child is never true, if true then a child of a hypocrite. You are the child of that kind, Manoj Shukla. On one hand you spew venom of left-right hand and on the other hand you are singing the shadows of Sahir Ludhianvi with the Urdu title, the subscriber is very less on the YouTube channel, Badhaye ki bhikh (innate profession) demand.

Manoj replied to this and wrote that “I am counting the names of some Brahmins, a two penny illiterate man who calls a Brahmin a beggar, if I feel ashamed, then ask for forgiveness from the entire Vipra caste. Parashuram, Dronacharya, Porus, Raja Dahir, Chanakya, Peshwa Bajirao, Mangal Pandey, Tatya Tope, Chandrashekhar Tiwari Azad, Captain Manoj Pandey….” In another tweet, he wrote that “Is there any law in this country which also cares about the honor and dignity of the upper castes? Or are Hindus, Savarnas, Brahmins made just to listen to the abusive words of these petty leaders? Followers are you like Munna, we have a family, we have 50 lakh friends on social media, if you get bored, you will ruin it.”

Keep throwing stones at us with a left-handed hobby, we will continue to fight for our share and keep on winning.
Congratulations friends, our children are getting freedom from Mughli Ghatti.
This battle has to be fought far, stay together! , pic.twitter.com/seSeE1Y6Pd

People are giving their reactions on this on social media. Vishal Mishra, replying to Akash, wrote that ‘If you discuss about your innate profession, it will be better because your knowledge about anyone else is not correct. Otherwise, if you have any problem with Manoj Muntashir, then just talk to him. Your comment on family, society is showing your casteist irritating mentality.

Journalist Ashok Srivastava wrote that ‘He is the social media conveyor of RJD, he is given training only to abuse him. Even if you give a logical answer to the goth, they have nothing to understand. Meena Kotwal wrote that ‘Hey Manoj Shukla, don’t be fooled, there is a simple way, curse and consume it in one go! And tell me why do you use the Urdu word Muntashir by being Manoj Shukla? Day night anti-Muslim tweets then also use Urdu word in their name? What is your politics?

Two penny illiterate people who call Brahmins as beggars, I am getting the names of some Brahmins to be counted, if I am ashamed, then ask forgiveness from the entire Vipra caste. Parashuram, Dronacharya, Porus, Raja Dahir, Chanakya, Peshwa Bajirao, Mangal Pandey, Tatya Tope, Chandrashekhar Tiwari Azad, Captain Manoj Pandey…. https://t.co/vKk5KMty3C

A user named Deepak wrote that ‘Does anyone have copyright on Urdu? You also stop writing all those words which have come from Sanskrit. Your name Meena is also derived from Sanskrit word Meen. If Brahmins want to protest then change your name from Sanskrit word. A good message will be sent. A user named Sandeep Singh wrote that ‘the fight that should be fought to save democracy and the constitution, you are ashamed to fight it! Erasing history is not a fight, it is arrogance. If you have courage, then fight for livelihood, for employment, for health, for road, for drain, for home, for the poor.

The CBSE board has made some changes in the history and political science syllabus of class 10 and 11. According to the information, it has now been decided to remove chapters related to the Industrial Revolution including the history of the Mughal courts, the rise of Islamic empires in African and Asian regions, the period of the Cold War, the Non-Aligned Movement, from these courses. Manoj Muntashir had tweeted on this, after which this debate started.

Machete attack: Apprentices have the hardest work, they lack respect and support – List of Messages

Machete attack: Apprentices have the hardest work, they lack respect and support - List of Messages