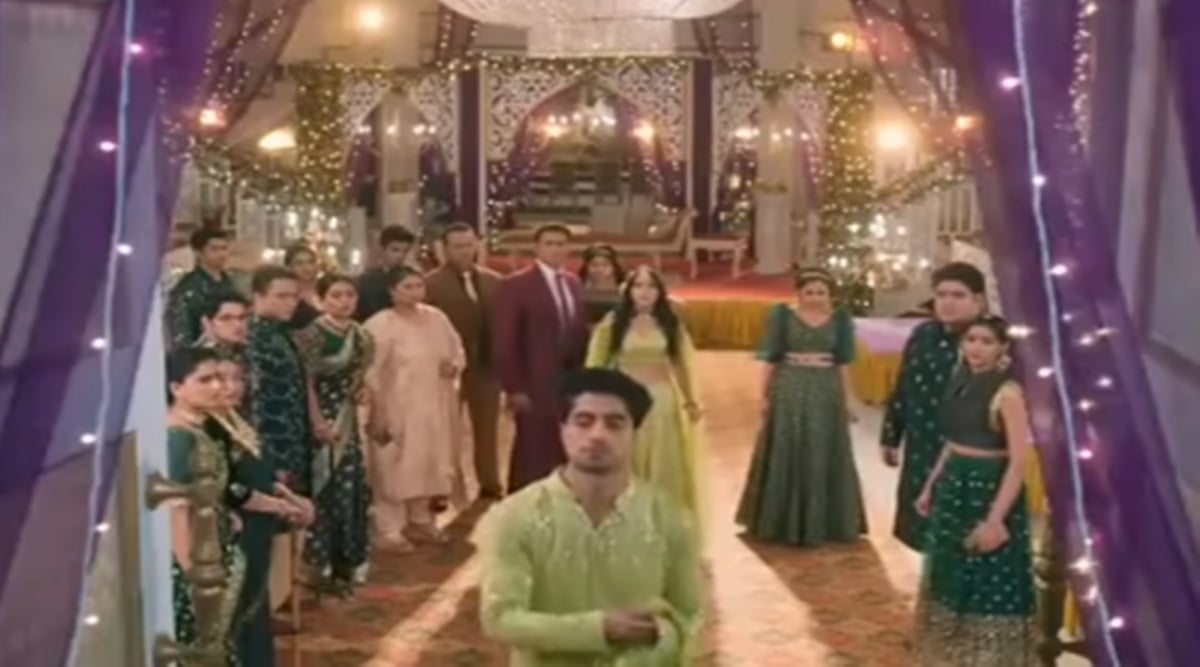 In Star Plus’ popular serial ‘Yeh Rishta Kya Kehlata Hai’, Abhi and Akshara’s relationship has to go through a lot of troubles. At present, the wedding rituals of Akshu and Abhi are going on with great pomp in the serial. But even before marriage, there are problems in both of their lives.

Amidst the music, the truth about Aarohi’s accident has come to the fore. But to save Aarohi, Akshara would take all the blame on her head. After which the police start taking him away after arresting him, Abhi comes and saves him.

Abhi will ask Manjari to withdraw the case. Abhi will tell Manjari that the one who had an accident is standing right here. Manjari also says that she does not want to do the case, then Abhi asks the police to go back. Aarohi and Akshu then say thanks to Abhi, but he gets angry at Aarohi.

After which Aarohi’s anger erupts on Abhi. He tells her that he has lost his mother and she knows this pain. If someone else was in your place, I don’t know what I would have done. Abhi angrily shouts at the entire Goenka family and tells the truth about Aarohi. He says that Aarohi always emotionally blackmails Akshu, but you guys don’t tell her anything. Many years ago also she had left the house because of Aarohi, but even then no one told her anything.

Abhi’s condition for marriage: Abhi then says that he will marry Akshara, but on one condition. Aarohi should not be present at any function of marriage. Hearing this, the whole family gets upset and Akshara is also shocked. At the same time, everyone is dancing during the Mehndi Ceremony. Abhi sees that the chandelier where Akshara is dancing is about to fall. Aarohi pushes Akshara before the chandelier falls, for which Akshu is saved, but Aarohi gets injured.