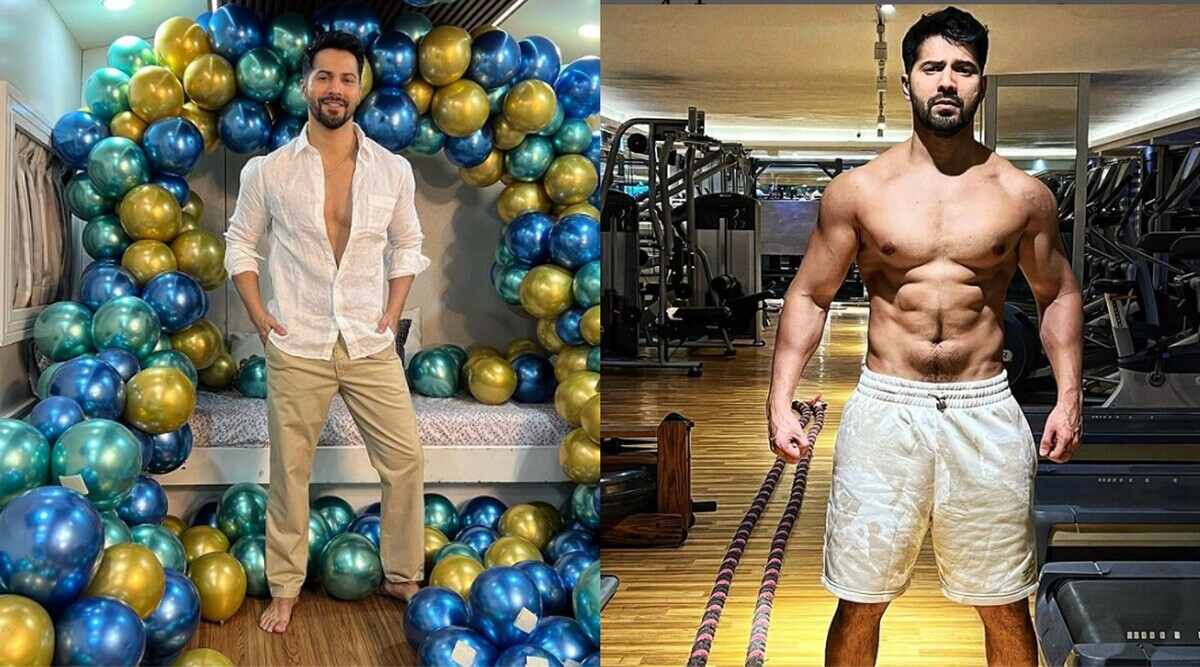 Actor Varun Dhawan is celebrating his 35th birthday today. Many well-known Bollywood celebrities have wished Varun Dhawan a happy birthday. Varun Dhawan’s fans are also continuously giving their best wishes. However, you will be surprised to know that Varun Dhawan woke up at five in the morning on the occasion of his birthday and got a surprise early in the morning.

Varun got a surprise early in the morning!: Actually Varun Dhawan himself has shared the picture on his Instagram. In the picture, Varun Dhawan is seen standing amidst decorations with blue, green and golden balloons. Actually this is the set of his upcoming film ‘Bawal’, where he got to see it in surprise when he reached for the shooting of his film.

Surprise found on the sets of Bawal: Sharing the picture, Varun Dhawan wrote, “It’s not my Sweet 16, but so happy to spend this birthday working. I celebrated the last two birthdays at my home but it feels good to wake up at 5:30 in the morning to be on the sets of Baal. This year 2022 is very special for me, ‘Jug Jug Jio’ and ‘Bhediya’ are ready for release.

Karan Johar wished his birthday in this way: andNot only this, many Bollywood stars have also congratulated Varun Dhawan on his birthday in their own way. Karan Johar wrote that “Let’s also have some publicity and give my best wishes. Happy Birthday Varun aka Kuku. You live thousands of years, create a ruckus at the box office. Take less money, act more, otherwise when will the poor producer benefit. Dil Ke Bade Ho Tum, Bhideya Jungle Ke, I love you now and everyday just as a student. One more time for love #jugjuggjeeyo!

Not only this, the star cast team of Varun Dhawan’s film “Jug-Jag-Jio” has also wished him a happy birthday through a video message. Anil Kapoor, Neetu Kapoor, Kiara Advani, Maniesh Paul, Prajakta Koli and Raj Mehta are seen in the video. Let us inform that these days Varun Dhawan is busy shooting for the film ‘Bawal’ being directed by producer Nitesh Tiwari.

In Punjab, a person bought a ‘precious’ black horse for lakhs of rupees, all the color came off as soon as he bathed for the first time

In Punjab, a person bought a 'precious' black horse for lakhs of rupees, all the color came off as soon as he bathed for the first time