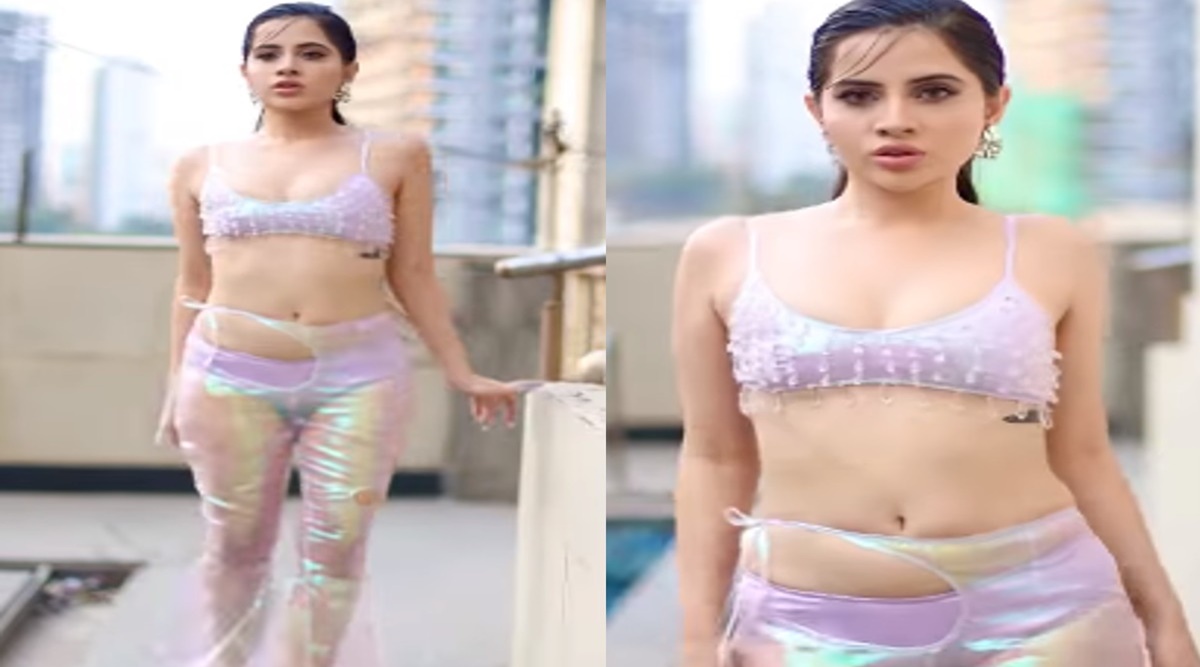 Urfi Javed, famous for his unusual clothes, tries something different. But this time it was the limit. Urfi Javed left wearing transparent pants. Urfi is wearing plastic transparent pants over a pink two piece. His video is becoming fiercely viral on social media. On which people are making different types of comments, along with this Urfi is also being trolled a lot.

Real Bollywood Hungama has shared the video of Urfi on its Instagram page. In which it is written, “Urfi once again shocked the paps.” On the video, Amol Kulkarni wrote, “Didi ..avoid the use of plastic is harmful to nature.” Savinayat wrote, “What happened to this girl, she wrapped it in plastic.”

A user named Vishwakarma wrote, “Plastic surgery would not have been possible, so pasted it all over the body.” Sakshiya wrote, “Preparing for rain from now on?” Hira Khan wrote, “I never understand what she is wearing. Who is its designer?” A user named Much To-Mach wrote, “Hey didi, it’s for the rain, why are you walking around wearing it from now on?”

Aparna Choudhary wrote, “India has run out of clothes.” At the same time, a user told Urfi to be a raincoat girl. Rabita Taswar wrote, “TV ka remote laga hai.” Shahid Hassan wrote, “It has become a new type of virus. Which we see everyday. Let’s get rid of it, please take it to some hospital abroad, because we can’t control this viral.

Urfi has also shared this video on his Instagram. In which he has written that he got the idea of ​​this dress after seeing mermaids. The first comment on Urfi’s video was made by Bhojpuri actress and Big Boss fame Sambhavna Seth.

Let us tell you that Urfi’s Instagram account is full of similar pictures and videos of her. Sometimes Urfi is seen running wearing heels, sometimes wearing a bikini and plucking flowers. Recently, Urfi shared the video, in which she was jumping rope wearing a sari. More than 12 lakh likes came on this video of Urfi.