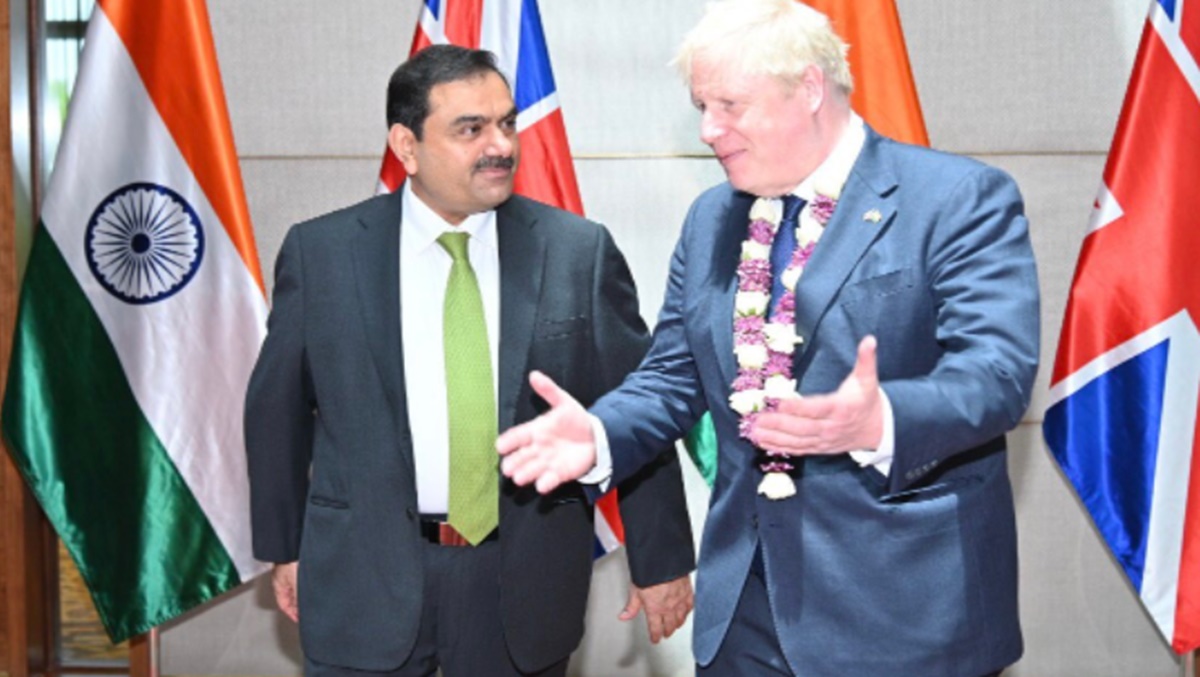 Bollywood actor Kamal R. Khan has once again made a scathing comment about Mukesh Ambani. KRK has taken a jibe at Twitter, comparing Ambani to Adani. Along with this, Mukesh Ambani has also talked about shifting to UK.

KRK wrote, “Today once again it has been proved that time does not belong to anyone. Till yesterday, Mukesh Ambani was meeting the Prime Minister and President of foreign countries. But today Adani met British Prime Minister Boris Johnson in Gujarat. Means Mukesh Ambani is right, if he is thinking of shifting to UK.

Comments rained on this tweet of KRK. Harjit Singh Sidhu wrote, “No, they are only trying to show the public that both are not with the government at the same time. Just under the carpet, everyone is the same.” Suresh Azad wrote, “Looted as much as was to be looted in eight years. Now whether to go to Canada or the UK.”

Today it is proved again Ki time Kisi Ka Nahin Hai. Till yesterday, Mukesh Ambani was meeting with visiting PM and President of other countries. But today #Adani met UK PM #BorisJohnson in Gujarat. Means Mukesh Ambani is right if he is planning to shift to UK.

Let us inform that the world’s sixth richest Indian industrialist Gautam Adani met British Prime Minister Boris Johnson on 21 April. This meeting took place in the office of Adani Group located in Shantigram, Ahmedabad. including Gautam Adani welcomed Boris in a traditional way. The great thing is that this is the first time that a British Prime Minister has come to Gujarat.

Congress also surrounded: KRK always gives his opinion on every issue. Apart from this matter, KRK has also tweeted about Sachin Pilot. He wrote, “If Congress does not declare Sachin Pilot as the next CM candidate from Rajasthan, then the party will end here like in Madhya Pradesh.”

Lakhraj Awana wrote, “Absolutely in Rajasthan, if Pilot is not made the Chief Minister, then there will be a situation like Uttar Pradesh, because there is resentment among the people, how hard work is being sidelined.” One user wrote, “If you don’t release Deshdrohi 2, Bollywood will end.” Sahil wrote, “Let it be over, we are just waiting to see Deshdrohi 2. Don’t talk about politics etc., man.

24 April: Know the rates of petrol and diesel