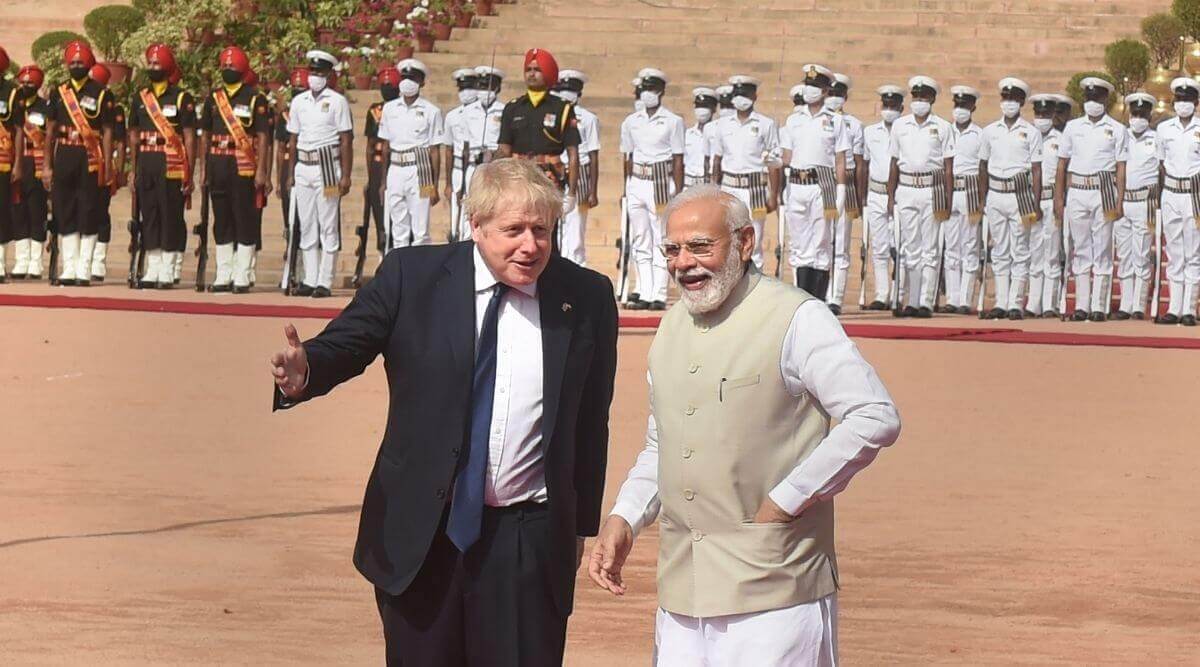 British Prime Minister Boris Johnson has come to India for 2 days. On the first day he visited Gujarat. During this, the roads of Gujarat were covered with white sheets on both sides. Filmmaker Vinod Kapri has shared a video of it on his Twitter handle. Along with this, he has also questioned Prime Minister Narendra Modi.

Vivek Kapri has written, “For 12 years you were the Chief Minister of Gujarat, for 8 years you are the Prime Minister of the country. Still, what is it that you are ashamed to show to Boris Johnson? Users have rained comments on this tweet of Kapri.

Ashwani Kumar wrote, “Those who were in power for 60 years, what did they do? You ask for account of 15 years but want to keep silence on the secret of 60 years. Don’t say anything about what has happened, but keep raging about what didn’t happen. Just keep your curvaceous look.” One user wrote, “Surprisingly, urban naxals never change. Renovation work was going on on the bridge, come and see.”

You were the Chief Minister of Gujarat for 12 years.

You are the Prime Minister of the country for 8 years @narendramodi ..
Yet what was left @BorisJohnson Are you ashamed to show up? pic.twitter.com/DIyZfD0TWt

Ashok Shekhawat wrote, “Gujarat’s development covered in a sheet!” Muhammad Mojib wrote, “It means that the sheet is still torn. Couldn’t correct even a single sheet in 20 years. Alok Pandey wrote, “What are you hiding? If not today then tomorrow the truth will come out and it is coming. But right now a Hindu is protecting his religion, the day his mind goes out of his mind, then he will directly take you down from the chair.

Kuldeep Bisht wrote, “It is Lord Krishna, whatever he does, he will do it right. Even if you do it with deceit, you will be called purusharth.” Cyril A Mendonsa – Congress RG supporter wrote, “Dear Kapri Sir, Salute to your bravery. I have been watching your tweets for many days. You are the only media person who is constantly asking relevant questions to Narendra Modi on every misdeeds of his government. Hope you get many more inspirations from you.”

Let us inform that for the past few days, Vinod Kapri has been continuously making sharp remarks about the Prime Minister. After the violence in Delhi’s Jahangirpuri, he also took a jibe at PM Modi for the bulldozers on illegal construction. He had said that PM Modi himself should have come sitting on a bulldozer.

Cryptocurrency: Know which currency is declining today, where is the chance