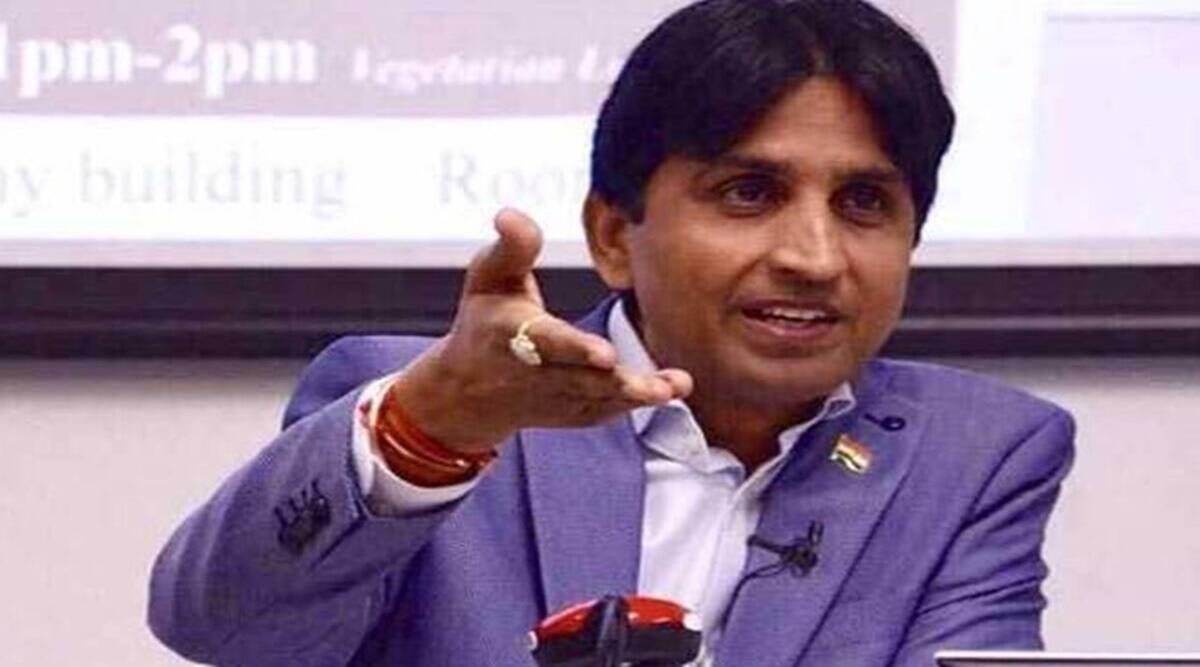 The police of Punjab reached the house of former AAP leader and poet Kumar Vishwas early in the morning of 20 April. Kumar Vishwas himself has given this information on Twitter. Along with this, Punjab CM Bhagwant Mann has also been warned. However, the information about which Punjab Police reached Kumar Vishwas’s house is not clear.

Kumar Vishwas wrote on Twitter that “In the early morning, Punjab Police has arrived at the gate. At one time, I am warning Bhagwant Mann, who has been included in the party by me, that the person sitting in Delhi, whom you are allowing to play with the power given by the people of Punjab, will one day cheat you and Punjab also. The nation remembers my warning.

People’s reactions: A user named Vipin wrote that ‘Arvind Kejriwal and Bhagwant Mann should open a branch of Punjab Police in Delhi also.’ A user named NR Kadam wrote that ‘So that’s why Delhi wanted full statehood and control over Delhi Police. The central government should intervene immediately, the harassment and humiliation of Kumar Vishwas will be unforgivable.

Early in the morning, Punjab Police arrives at the door. @BhagwantMann I am warning you that the person sitting in Delhi, whom you are allowing to play with the power given by the people of Punjab, will one day cheat you and Punjab also. Country remember my warning??? pic.twitter.com/yDymGxL1gi

A user named Shivam Gupta wrote that ‘Why be afraid when you haven’t done anything wrong? You have proof or not against Kejriwal. Maybe she has come to take it, face it, don’t run, Kaviraj.’ A user named Renu Sharma wrote that ‘Kejriwal is crushed in power. Lord Rama did not allow pride even for his loved ones. Yours too will be broken soon.

Let us tell you that earlier when the Aam Aadmi Party won in Punjab, some MLAs had reached Kumar Vishwas on the pretext of feeding him sweets. However, then the police had removed the AAP leaders from there and sent them back.

Easter in Boroďanka: Sweeping in front of a house that will go to the ground anyway – News list

Easter in Boroďanka: Sweeping in front of a house that will go to the ground anyway - News list