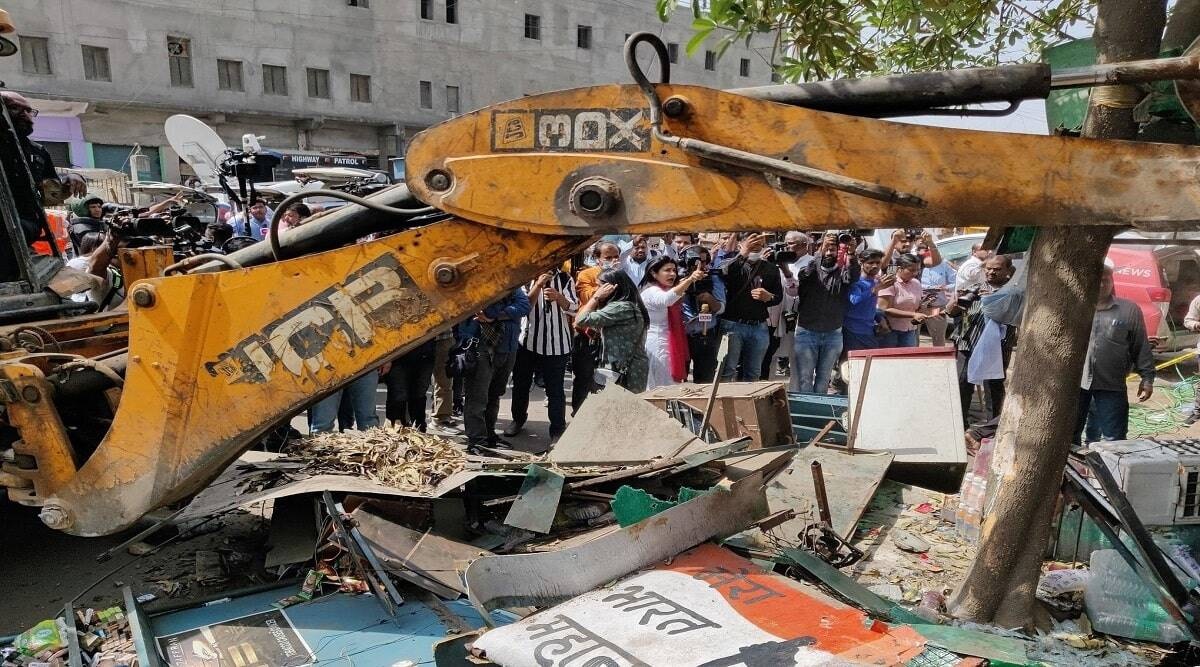 Anti-encroachment drive was carried out by NDMC in Delhi’s Jahangirpuri area on 20 April. Many concrete and temporary structures near a mosque were demolished by bulldozers. However, the campaign was stopped after the intervention of the Supreme Court. Politics has also started regarding this matter.

This famous writer and lyricist Manoj Muntashir has also taunted through a poetry on Twitter. He wrote, “Somewhere a petrol bomb, somewhere a stone comes out. Somewhere a dagger comes out buried in the sleeves. Desperate rats find a bill and lurk. That the bulldozer comes out with a bandage on the eyes!”

Many people are reacting to this tweet of his. One user wrote, ‘Well, ask him whose house has fallen. Even then, if you have so much courage, you will get to know about yourself once. It is the fear of bulldozers in Uttar Pradesh that no one could throw stones. Here the spirits are crushed.”

“Somewhere a petrol bomb, somewhere a stone comes out..

Somewhere a dagger comes out buried in the sleeves.

That a bulldozer comes out on the eyes by tying a bandage!” #jahangirpuri #Bulldozer #Jahangirpuri #DelhiRiots2022 pic.twitter.com/oj7D3V4mj9

Anju Singh wrote, “Wow brother! Today’s time was asking for poetry on the bulldozer itself. Then your poem will set a fire, let it be. Poems must have been written only after seeing the circumstances of the ages and this poem is the demand of this era. Thank you.”

Shakti Singh Parihar wrote, “Manoj Bhai, look at his mentality. The stone is secular and the bulldozer is communal. Wow, double character! Throw stones at the army police and play the victim card when the army takes action. But now everyone has understood this hypocrisy. Nikhil Jha wrote, “Wow…wow, the fear that was not there in the rioters for centuries and ages, why that fear has come because of the arrival of the bulldozers. Say bulldozer baba ki jai.”

Aditya Pandey wrote, “Manoj bhaiya, stay as a poet, don’t you look good in that. Promote your religious culture, suggest people to choose the right easy way. Don’t teach hate.” Radhika Singh wrote, “Even though they have stones and petrol bombs in their hands, but the hands of a leader are the ones who hold them.” Let us tell you that this campaign was started after the violence in the procession on Hanuman Jayanti.

Paisa Double: These cheap stocks doubled their money in 1 month, know the name