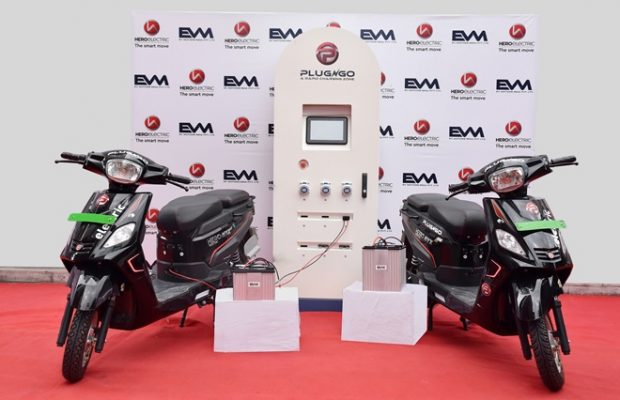 Hero Electric has partnered with Bolt to install 50,000 charging stations over the next one year. Bolt is a leading electric vehicle charging network. Hero Electric on Wednesday said that under this partnership, bolt chargers will be installed at over 750 Hero Electric touch points across India. This will benefit more than 4.5 lakh customers. In addition, around 2,000 Hero Electric drivers will be able to avail Bolt charging units at their homes free of cost.

Sohinder Gill, CEO, Hero Electric, said in a statement, “Our mission is to promote carbon-free mobility and build a robust charging network to deliver an immersive EV travel experience.” The journey of electric customers will be easy.

Top 5 electric two-wheeler companies in the country: According to the data released by Federation of Automobile Dealers Association (FADA) for the financial year 2021-22, Hero Electric occupies the first position in the country with 29 percent market share. Okinawa is second with 21 per cent market share, Ampere is third with 11 per cent, Ather Energy is fourth with 9 per cent and Pure is fifth with 7 per cent.

Ola at number six: According to FADA, Ola Electric sold a total of 14,371 vehicles in the financial year 2021-22, during which Ola Electric’s market share was close to 6 percent.

Also Read: Warivo Motors Queen SX Electric Scooter Will Offer Up To 80 Km Range In A Single Charge, Know Price And Full Features Of The Scooter