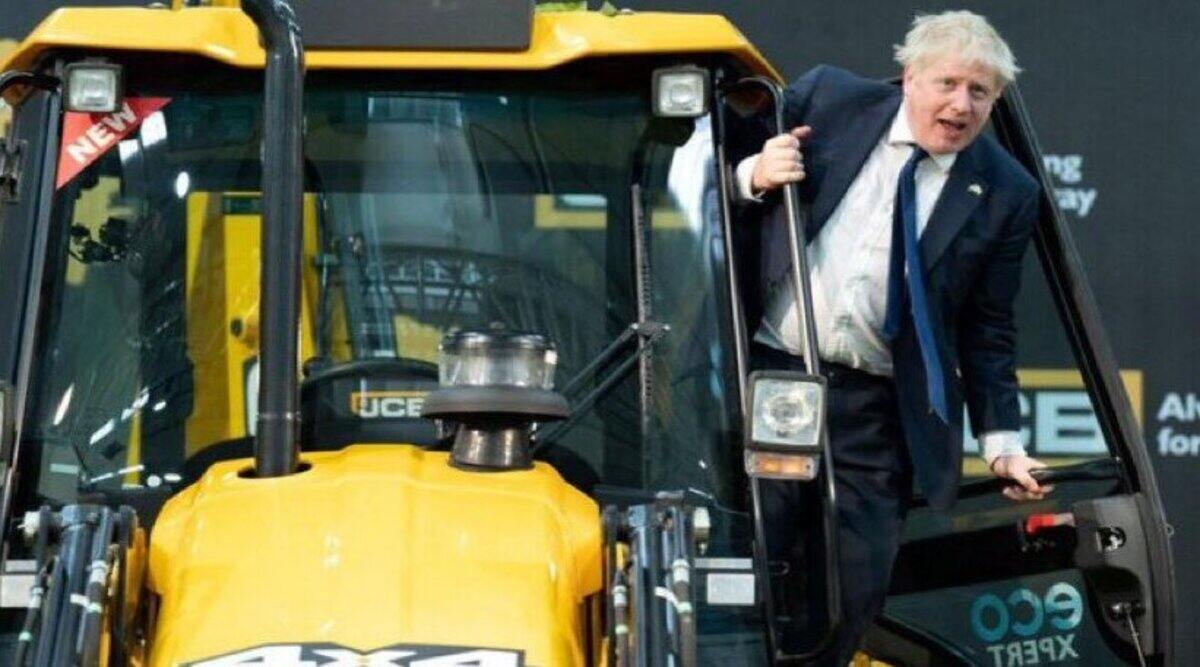 Visiting India UK Prime Minister Boris Johnson arrived at a JCB factory in Gujarat, where he climbed a bulldozer and sat in the driver’s seat. This picture of him became very viral on social media and people started linking it with the bulldozer action that took place in many parts of the country in the past. Filmmaker Vinod Kapri has launched a scathing attack on those who shared this picture.

Sharing the picture of Boris Johnson, Vinod Kapri wrote on Twitter that ‘Even the goons of Bajrang Dal are not as happy as the anchors of Indian TV on this one picture!’ People are giving their reactions on this tweet of Vinod Kapri.

A user named Suneet wrote that “…and you can’t even sleep at night seeing this picture.” A user named Dinesh wrote that ‘Let those who are happy, but what is the problem with you brother?’ A user named Varsha wrote that ‘everyone has their own happiness, some are happy to see the ramp walk and some are bulldozers!’

A user named SK wrote that ‘You are also very sad. So much so that the neighboring country will not be sad. A user named lawyer Ahmed wrote that ‘Boris will now run bulldozers in Britain as well and Adani’s company has also got an order for this, India’s exports will also increase.’ A user named Imtiaz wrote that ‘Bulldozers went on houses, shops, slums, mosques and the hearts of the poor, now it is expected that this will improve the country’s economy and GDP.’

Even the goons of Bajrang Dal are not as happy as the anchors of Indian TV on this one picture! pic.twitter.com/VpIW7vxxQz

A user named Bhavesh Rajpurohit wrote that ‘In this photo we are seeing the employment of the youth and the bread of the poor, laborer for two times’. A user named Shashi Bharadwaj wrote that ‘Sometime you laugh too.. Such resistance has become the basis of your life.’ A user named Brajesh Nand wrote that ‘It seems that Boris Johnson came to India only to be photographed on JCB. Anyway, their condition has been spoiled by the Parliament of Britain.