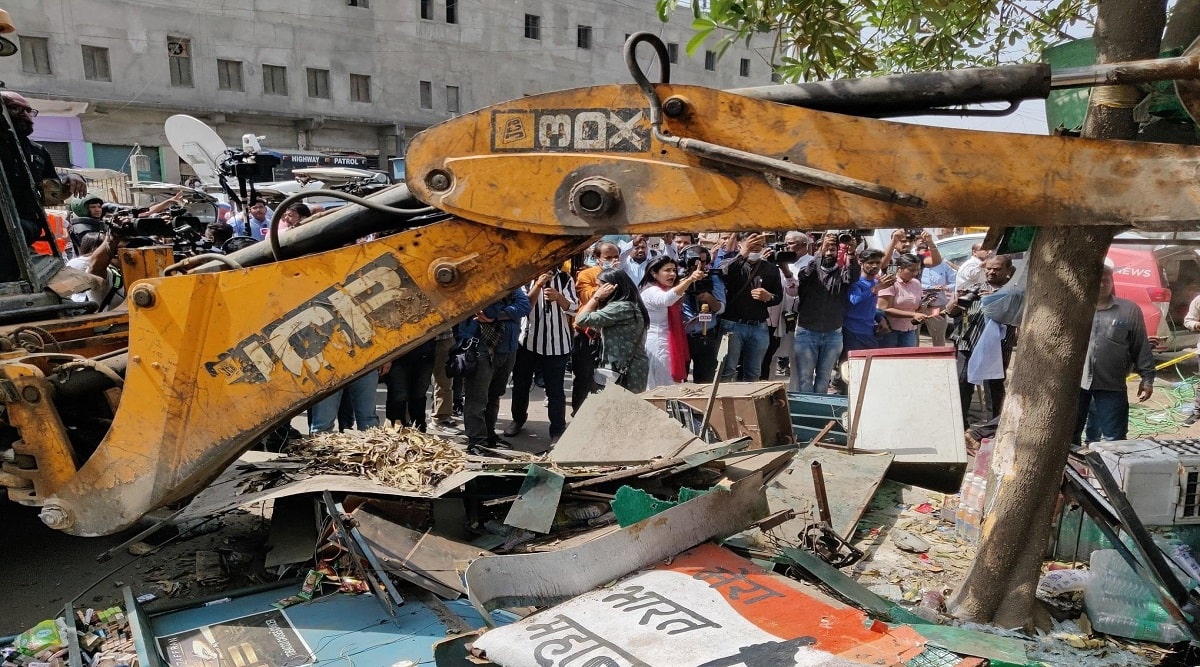 After the communal violence on Hanuman Jayanti, Delhi Police has imposed NSA on the accused. At the same time, now action is being taken by the corporation against illegal construction and encroachment in the area. Let us inform that during the procession in Jahangirpuri on April 16, there was a clash between two communities in which eight policemen and a local resident were injured. At the same time, amid heavy police deployment, MCD is removing illegal occupation through bulldozers.

After which the Supreme Court has issued an order asking to stop this action with immediate effect. On the other hand, there are allegations of people that despite the order of the court, the action of bulldozer is going on. At the same time, filmmaker Vinod Kapri has protested this action. Tweeting from his Twitter handle, he wrote, “Listen Narendra Modi one by one bulldozers now run on the Parliament of India and the Supreme Court of India too!”

While journalist Rohini Singh wrote against the action of the bulldozers, “Lage aag to aayenge gupta ji bhi JD mein…”, Vinod Kapri, quoting this tweet, writes that the bigger question than Gupta and Gulfam is whether a government in a democracy can How come so much audacity, so much arrogance has come inside that they have come down on the oppression of citizens by flouting all the rules and regulations.

At the same time, senior journalist Punya Prasoon Bajpai writes, “There was an elephant in the monarchy… there is a bulldozer in democracy…” TheKashmirFiles director Vivek Ranjan Agnihotri tweeted the quote of Professor Radhika Menon and wrote that “Whoever belongs to the government, the system is ours”.

Anarkali of Aarah director Avinash Das wrote that bulldozer politics does not want “My India is great!” At the same time, users are also giving their reactions on this action of the bulldozer. A user Shahid Khan wrote, “I saw small shops outside the tire puncture workers in Jahangirpuri being demolished today as illegal, this action is kicking on the livelihood of two times, I am surprised a common man The Chief Minister of Delhi, who is coming into politics in the name of common man, is silent today…”

Let us inform that on April 19, on behalf of State BJP President Adesh Gupta, writing a letter to the Northern Corporation Commissioner and the Mayor, appealed for action against illegal construction and encroachment in Jahangirpuri area by running a bulldozer on the lines of the UP government.

Amazing AC: Put it directly on the bed, it will give good cooling