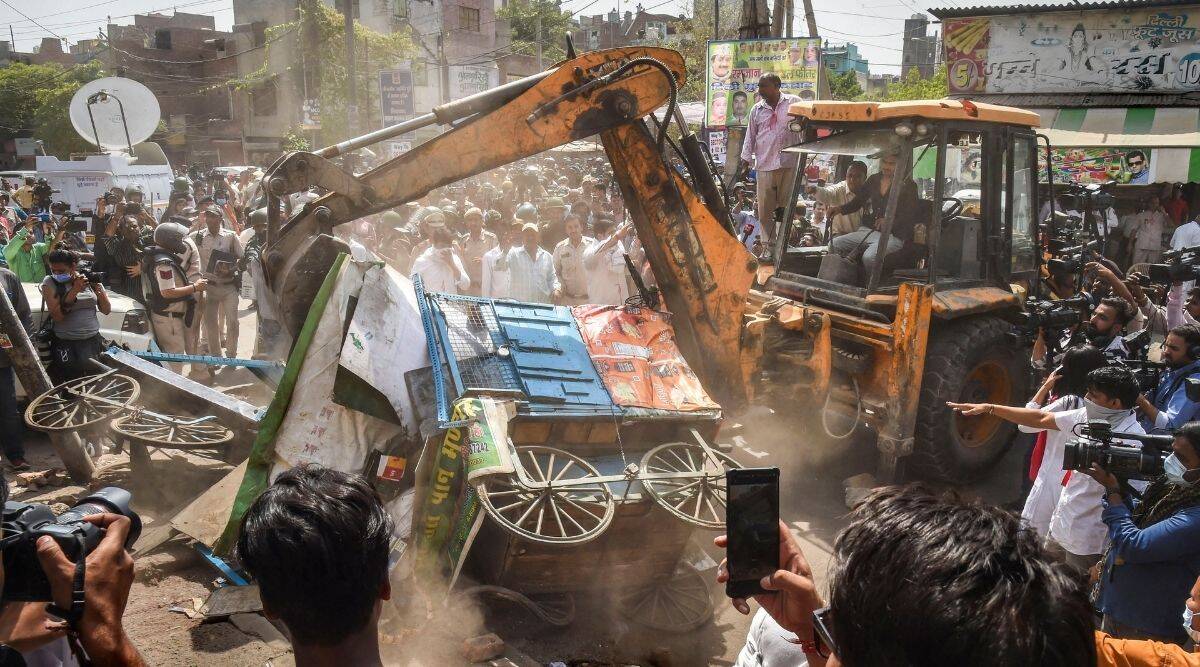 In Delhi’s Jahangirpuri, MCD bulldozers in the name of taking action on illegal construction. Most of the people were angry with the bulldozer but they also believed that the construction was illegal. But in the meantime, a bulldozer also went on such a shop, which was given permission by the DDA itself. On this, Bollywood actor Kamal R. Khan has taunted.

Kamal R. Khan wrote on Twitter, “Very good! Excellent! Demons leave no one. If today is someone else’s turn, tomorrow your turn will definitely come. In fact, a person named Ganesh Kumar Gupta claimed that ‘I tried to show the documents of the shop to the officials but they did not see and even after an hour of the order of the Supreme Court, the bulldozer kept running and broke my shop’. On this, KRK has tightened up.

Kamal R. In another tweet, Khan wrote that “Police has become a court in the country. Police can destroy anyone’s house at any time. Meaning the police can declare anyone a criminal without any evidence and order of the court. So what kind of democracy is this? It is a dictatorship and it is worse than British rule.”

Actor Ranvir Shorey has also reacted to the bulldozer action. Ranvir Shorey wrote that ‘I have no sympathy for stone pelters and land grabbers but at least a civilized state can follow due process of law while demolishing any house and it is ironic that The judiciary never wonders how illegal immigrants and constructions come to the place. No action on the (possibly corrupt) officials who allowed them in the first place.”

Responding to KRK, a user named Karan wrote that ‘Illegal construction has been broken only Kamal Khan, there can be an exception’. A user named Ankit wrote that ‘Sabka Saath Sabka Vikas, Bhaijaan people have become court before the police. Wherever the mind throws stones. Now bear it.

A user named Trupti Patel wrote that ‘Agree with you but these are the same millards who are in the campaign of sabotage every time. These rioters get encouraged every time if action is not taken. A user named Ravi wrote that “peaceful” build unauthorized buildings, indulge in communal riots, create law and order problems. When one tries to control such mischievous, notorious abusers, the courts intervene. Now, some politicians who wish for such incidents try to add fuel to the flames.

Cars are not the only ones lacking chips. A coffee machine or a robot is waiting for half a year – List News

Cars are not the only ones lacking chips. A coffee machine or a robot is waiting for half a year - List News