New Delhi: Bollywood actress Katrina Kaif is very famous for her dressing sense. She is often spotted in mini dresses. But many times this choice of his makes him a victim of Oops Moment. Yes, during the promotion of the 2013 film ‘Dhoom’, she wore such a dress that all the attention of the people went to her one mistake.

Trolled because of beautiful dress

The third film of the Dhoom franchise was released in the year 2013. In this film, Katrina Kaif played an important role and Aamir Khan was seen in a double role with her. Aamir and Katrina worked very hard for the promotion of this film. During this, Katrina also took special care of her dressing sense. She chose the most beautiful dress for herself. But due to one choice, she became a victim of Oops Moment.

Katrina Kaif once came wearing a pink color mini dress during the promotion of the film. The actress was looking very beautiful in this dress but while sitting she made a mistake and that’s it. His pictures started spreading like fire on social media. During this, the reaction of Aamir Khan was also worth watching. 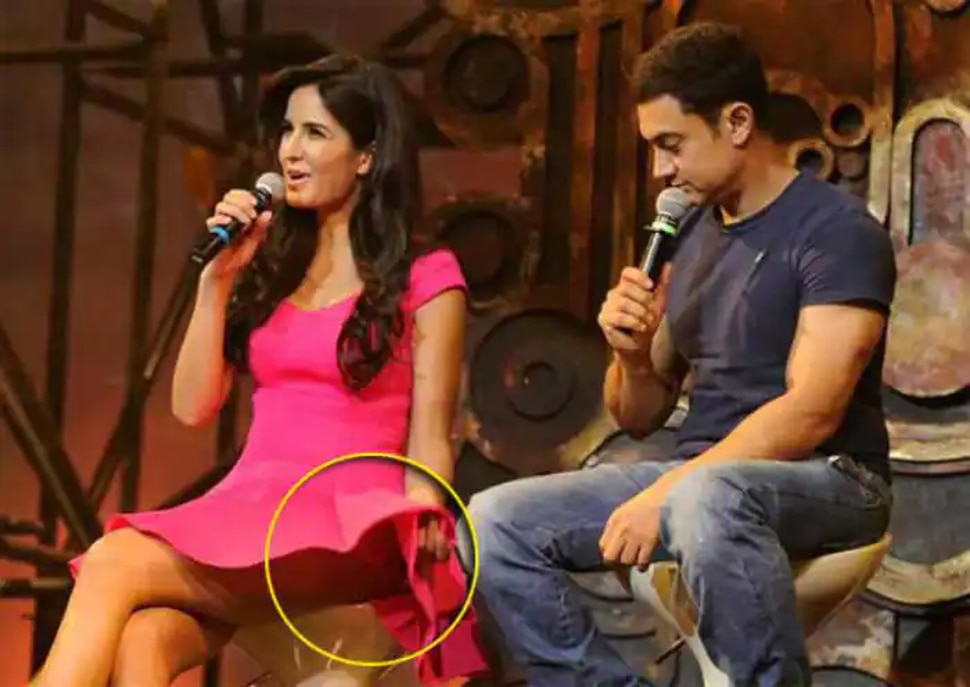 Discussion of affair with Vicky Kaushal

Katrina Kaif is in news these days about her alleged relationship with Vicky Kaushal. It is being discussed that both are going to get married soon. But Vicky and Katrina have not confirmed this news. Therefore, whether these two big stars get married in the coming time or not, only time will tell.

Also read- After divorce, this actress was looking for a handsome boy, expressed her desire by sharing bold photos

Contestants started doing such an act in front of everyone! Karan Johar turned red in shame

This actress of Pandya Store is getting threats of rape, knowing the reason will be blown away

This is how Kapil Sharma expressed his love, Ginni trembled after listening to the comedian

Even after a lot of effort, Taimur did not get ice cream, Saif-Kareena could not do anything, watch video