Fishermen discovered ‘Island of gold’, found a treasure of billions; Know what is the relation with India

New Delhi. You must have heard in the stories that there are treasures of gold in many places. But in reality, this happens very rarely. You will be surprised to know that some fishermen in Indonesia have discovered the ‘Island of Gold’. For the last five years, the fishermen were in search of treasure and finally they found the island of gold which has a lot of treasure.

Been searching for 5 years

It has often been claimed about Indonesia that there is a treasure there. Because of this, fishermen were searching for the Musi river near Palembang for the last 5 years, in which a large number of crocodiles live. When the fishermen found an island full of very rare treasures, their senses were blown away. This island was named ‘Island of Gold’. Precious gems, gold rings, coins and bells of bronze monks have been found here. Apart from this, one of the most incredible discoveries so far has also been found from here, a life-sized statue of Buddha adorned with a jewel from the 8th century, which is worth millions of pounds.

Also read: There were not many girls on the dating site, the angry person filed a case against the company itself

According to the news published in The Guardian, these artifacts belong to the time of Srivijaya civilization. The Srivijaya kingdom was a powerful kingdom between the 7th and 13th centuries. After a century it mysteriously disappeared. Let us tell you that this empire has a very close relationship with India. We tell you things related to Srivijaya Empire. This empire is also known by the name of Sumatra Kingdom. According to Dr. Kingsley, this empire used to be ‘Water World’. People here used to make and use wooden boats like today. Apart from this, some people had also built their houses on boats. When this civilization ended, their wooden houses, palaces and temples also drowned with them. 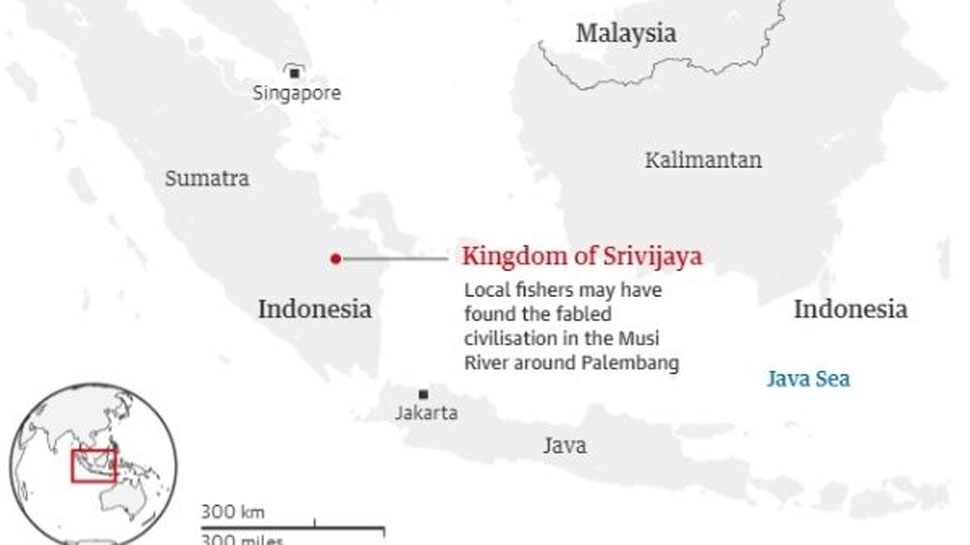 Srivijaya Empire was not fictional

British marine archaeologist Dr. Sean Kingsley said that, the most special thing about the Srivijaya kingdom was that this empire kept its secrets completely hidden. He said that more than 20 thousand soldiers lived in the capital of this empire. Apart from this, a large number of Buddhist monks also lived there. For the discovery of this civilization, different teams campaigned from Thailand to India, but did not get success. This empire was the last empire on earth and then it suddenly disappeared. He said that in the last five years, extraordinary things are coming to the fore. Coins, gold and Buddhist sculptures of all ages are being found. Many types of precious gems have been found from here, about which the sailor has been written in Sinbad. This is proof that the Srivijaya kingdom was not a fictional one.

Also read: Helpless mother made a deal for a girl child for 37 thousand, so that she could feed other children

had close ties with India

Kingsley said that old utensils and pans of that time have been found from here, which show how much progress the people of that time had made. The finest tableware items of that time were imported from large kilns in India, Persia and China. He said that in the Srivijaya period, there used to be temples of bronze and gold Buddhist idols. Apart from this, a statue of Rahu’s head has also been found from here. According to Hindu beliefs, it is associated with the stories of the churning of the ocean. Apart from this, all such artifacts are found from here which are directly related to India and Hindu beliefs.

It has been estimated from a research that, in the capital of the Srivijaya kingdom, about 20 thousand soldiers, one thousand Buddhist monks and about 800 moneylenders lived and it is estimated that the population must have been influential too. No one has concrete evidence of how this empire collapsed. Dr. Kingsley has speculated that this state had become a victim of Indonesia’s volcanoes. Along with this, it is also estimated that this empire may have collapsed due to the severe flood in the river.

The lover tortured the innocent to death, but in love the blind mother kept supporting

Favorite dish called for cheap in date, tears came out after seeing 45 thousand bill; This mistake is heavy

The grave was excavated from the woman, then shot and buried there; Know what is the whole matter?

CEO fired 900 employees in 3-minute zoom call, the company made these 4 big mistakes