Mumbai: Bollywood is mourning the demise of celebrity fitness trainer Kaizad Kapadia. Tiger Shroff has given information about the death of his fitness trainer Kaizad on social media, although the reason for the death is not clear yet, but his death is being said to be a big loss to the fitness industry. On the death of Kaizad, who made many celebs fit, many celebs including Tiger’s mother Ayesha Shroff, Siddhant Kapoor are expressing grief and praying for the peace of the soul.

Tiger Shroff has paid his heartfelt tribute by sharing Kaizad’s photo on his Instagram story. The caption is also written about fitness. Tiger wrote ‘Rest in power Kaizad sir’. Along with this, he has shared his emotion by sharing hands and heart emoji. 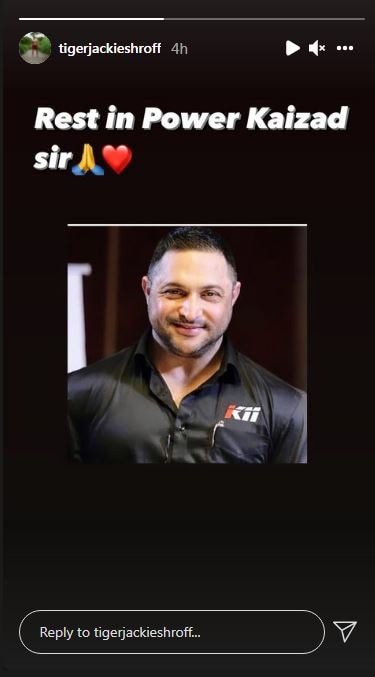 At the same time, celebrity photographer Viral Bhayani has shared a post giving information about the death of Kaizad Kapadia. He has written, ‘Legends of the fitness industry, who changed the lives of many people, left us. He has been seen doing the trend of Tiger Shroff when he used to have long hair. The entire fitness industry is in shock, everyone respected his nature and ability. The cause of death is not known, but his friends have left for Pune. He will be cremated there. On this post of Viral, Tiger Shroff’s mother Ayesha Shroff has paid tribute by writing ‘Rest in Peace’, while actor Siddhant Kapoor also wrote ‘May his soul rest in peace’. 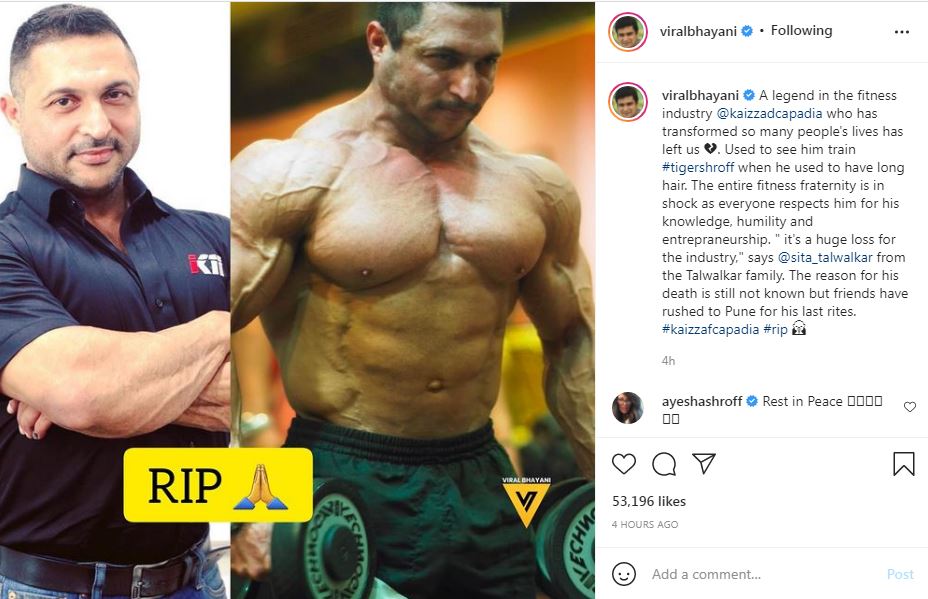