When Bigg Boss fame Akshara Singh appeared in a deep neck dress, one said- ‘Are you tempting Pawanwa?’

Bhojpuri actress Akshara Singh earned a lot of name in Bigg Boss OTT. He got a lot of name and fame here. After returning from the show, the public appearance of the actress has also increased and her fan following has also increased. She has got a new name ‘Bhojpuri Ki Sherni’ from this show. In such a situation, now a video of Akshara is going viral on social media, in which she is seen showing bold looks in a deep neck dress and comments about users Pawan Singh. are doing.

In the video that Akshara Singh has shared on Instagram, she is seen in a deep neck dress. Seeing his bold acts in the video, users are commenting fiercely. The video of the actress is going viral. It is seen in the video that she has done full makeup and open hair to complete her look. Along with this, his performances have been raising the mercury of social media users. People are liking it a lot. While many praised Akshara Singh’s looks, some also made lewd comments. Along with this, some commented about Pawan Singh. One wrote, ‘Are you tempting Pawan Singh?’ At the same time, the other made a lewd comment by linking it to Pawan Singh. Similarly, his videos are getting to see different types of reactions from users on social media. 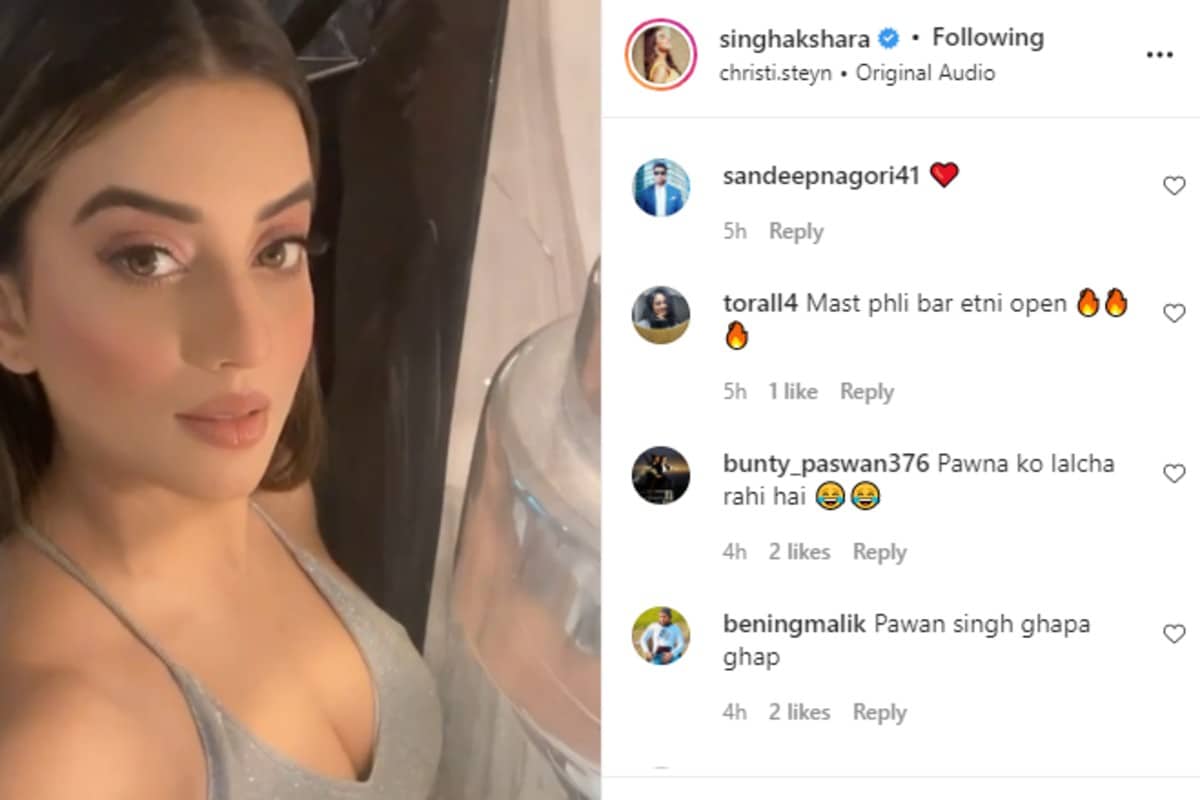 Akshara Singh shared her video about five hours before the news was made, that is, around 3 pm. Since then, more than 21 thousand likes have been received in just such a short time and people are liking and sharing it fiercely.

However, if we talk about Akshara’s upcoming projects, then after returning from Bigg Boss, she is working for Hindi Music Video. She will soon come out with her new song with B Praak, about which she herself gave information on Instagram.