After separating from Naga Chaitanya, Samantha changed her name on social media, earlier it was ‘S’

South Cinema’s favorite couple Naga Chaitanya and Samantha Ruth Prabhu had confirmed the news of their separation on the previous day itself. He had shared his point among the fans by sharing a similar post on social media, after which father and actor Nagarjuna also expressed grief by writing an emotional post. Now the actress has also changed her name from her social media account after parting ways with her husband.

Samantha Prabhu, while in a relationship with Naga Chaitanya, had removed his surname Akkineni from the back of his name to ‘S’, which she has now changed to ‘Samantha’ after separating from her husband. She has changed her name only on Twitter and Instagram accounts, while on Facebook her name is still ‘Samantha Akkineni’. The sudden separation of both was quite shocking for everyone. 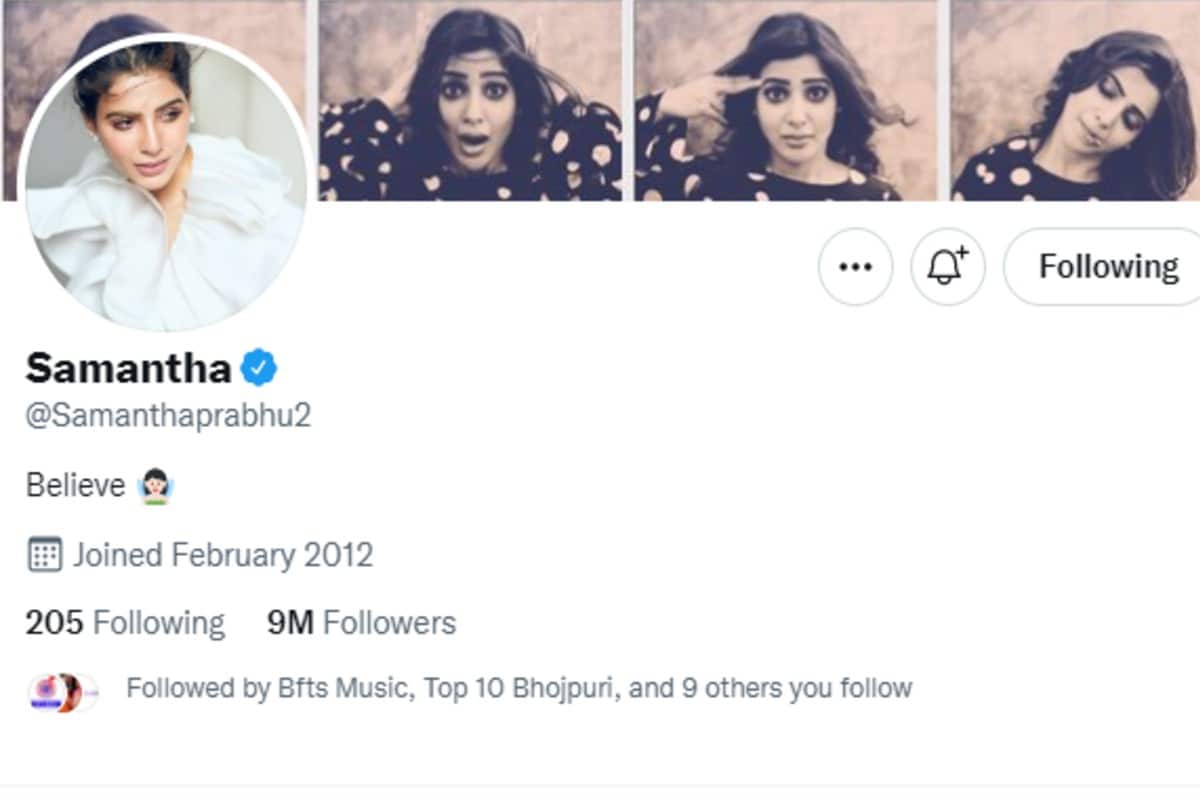 It is also being said about the actress, quoting sources that ‘It is not easy for Samantha to get up everyday and go to work. They too have got a big blow. But she does not want any project with which she is associated and she has to suffer because of her personal life. She has been very professional from the beginning and wants to remain like that. She wants to be strong every day. Samantha does not want to be unprofessional at all.

Let us tell you that Samantha and Naga Chaitanya had informed about their separation on the previous day by sharing a post on social media. In it he wrote, ‘The names of all our well wishers. After much thought, both of us have decided that we will separate from each other as husband and wife and choose our own path. We were lucky that we had a friendship of over a decade, which was an integral part of our relationship. We feel that our friendship will continue to be very special for both of us. We request our fans, media and well wishers to leave us alone during this time so that we can move forward. Thank you all for your support.’