Aamir Khan changed the release date of ‘Lal Singh Chaddha’ for Ranveer Singh, know when the film will come

Mumbai: Aamir Khan Productions house has announced that his upcoming Hindi film ‘Laal Singh Chaddha’ will not release on Christmas. In a statement shared on Instagram, the production house said that the film will now release on Valentine’s Day in the year 2022. Laal Singh Chaddha also stars Kareena Kapoor, Mona Singh and Naga Chaitanya. The film is a Hindi remake of the Hollywood film ‘Forrest Gump’.

The statement shared on Instagram said, “We welcome the administration’s decision to allow the reopening of cinemas from October 22. Due to delays resulting from the pandemic, we will be unable to release our film Laal Singh Chaddha this Christmas. Now we will release Lal Singh Chaddha on Valentine’s Day 2022.” View post here. 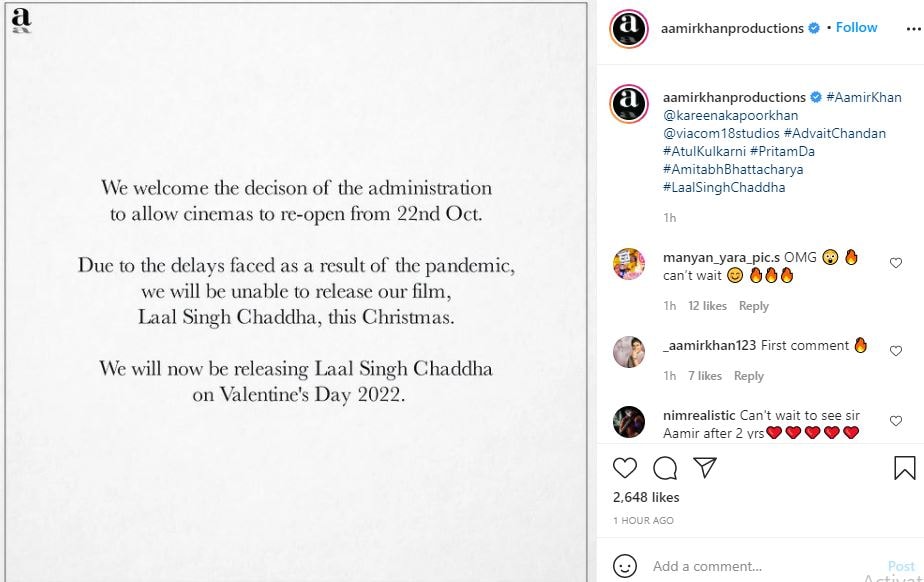 The film ‘Lal Singh Chaddha’ will now be released on Valentine’s Day in the year 2022. credit: @aamirkhanproductions instagram

After Aamir Khan’s decision to release Lal Singh Chaddha in February 2022, it has been decided to release Ranveer Singh’s cricket-themed film ’83’ on Christmas. The actor confirmed the release on Christmas by sharing a new picture of the film on Instagram. Ranveer Singh shared a post for his fans. In this post he wrote – It is time…83 in cinemas this Christmas. It is releasing in Hindi, Tamil, Telugu, Kannada and Malayalam. #ThisIs83 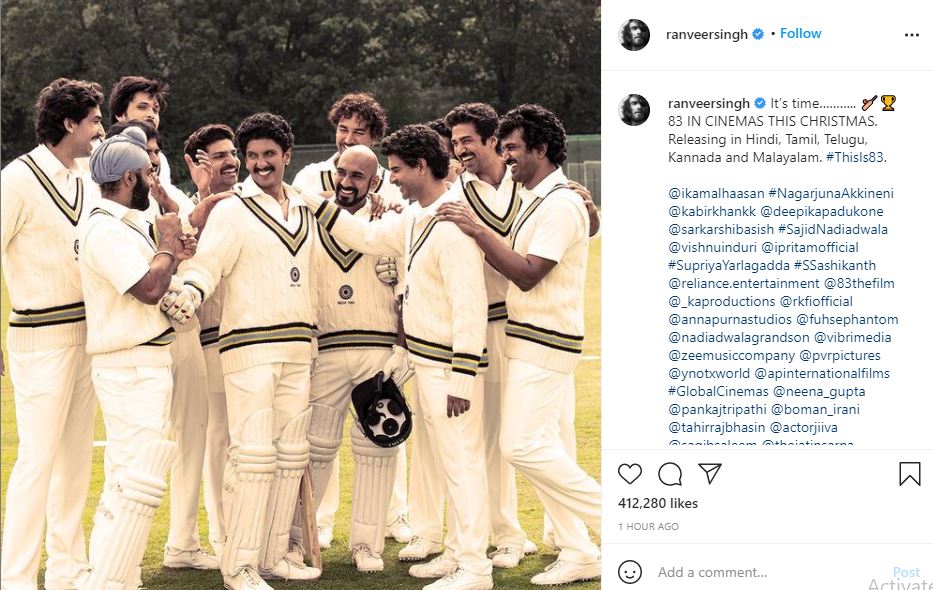 Deepika Padukone’s pairing with Ranveer is going to be seen once again in the film ’83’. The film is based on the World Cup victory of the Indian cricket team in the year 1984. Kabir Khan has directed the film. In the film, Ranveer Singh will be seen playing the role of former Indian team captain and veteran all-rounder Kapil Dev. Apart from this, Deepika Padukone will play the role of Kapil Dev’s wife in the film.