According to ANI, police have found 119 pornographic videos from Raj Kundra’s mobile, laptop and a hard disk during the investigation of pornography case and it has also come to light that he was trying to make huge profits from these videos and the videos were also circulated. Were planning to sell for 9 crores. But, then the app got banned. In such a situation, Kundra had also made another app. But, his plan failed. 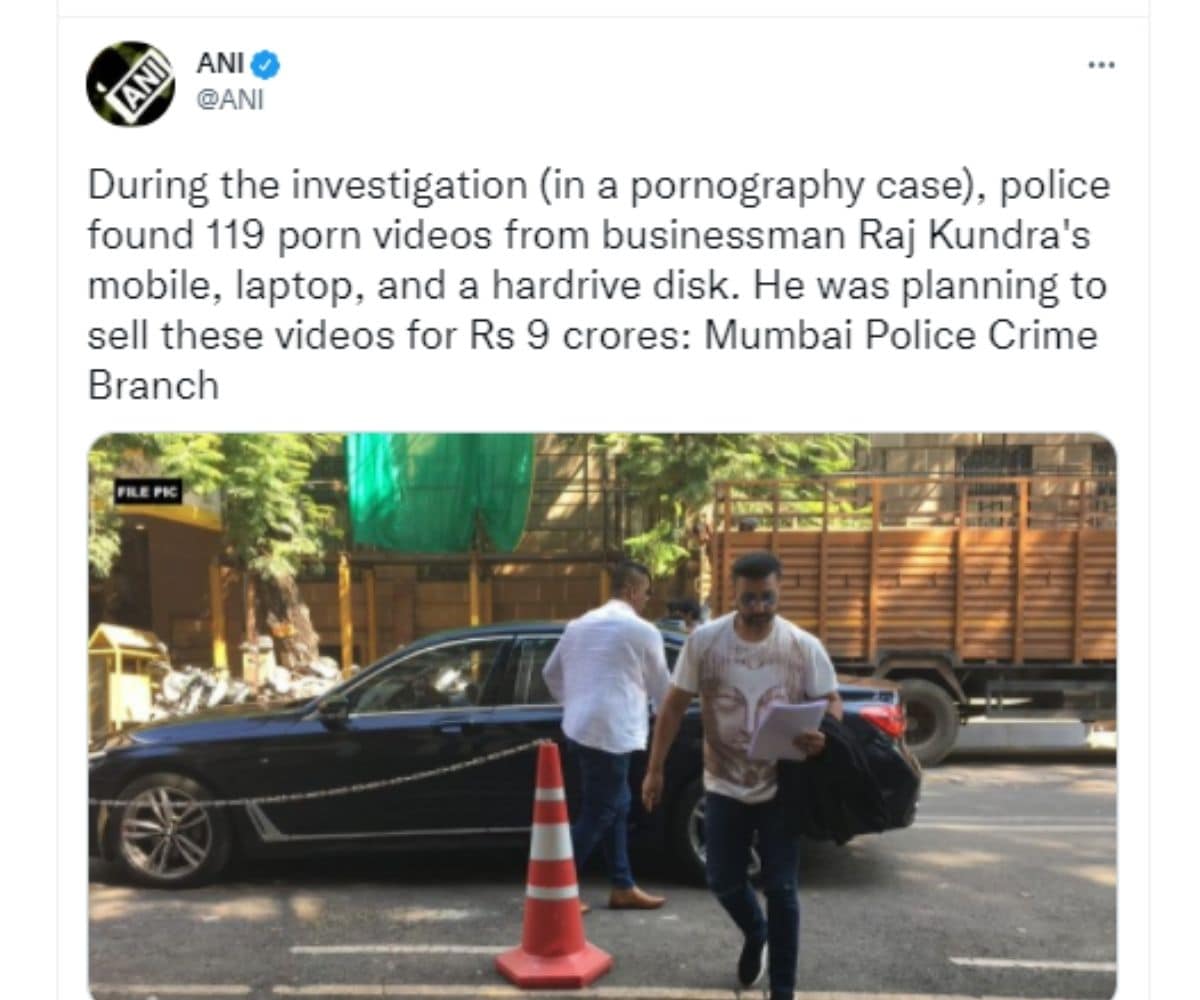