Mumbai. Corona lockdown has badly affected the entertainment industry like any other industry. The shooting of many TV shows and films remained closed during the lockdown. This caused financial loss to the producers and the artists. As a result of this, now the fees of artists are also being cut. It has been told in a report that the fees of comedian Bharti Singh have also been cut. Bharti has put forth her stand in this regard.

‘The cut in fees stings everyone, me too’
According to a report, the fees of Bharti Singh, who is currently hosting ‘Dance Deewane 3’, have been cut by 70 percent. Apart from this, in the soon-to-be-launched ‘The Kapil Sharma Show’, the fees he was getting earlier have also been cut by 50 percent. In a conversation with the Times of India, Bharti said, ‘I think when asked about the reduction in fees, it must have pricked everyone. I am no different. I talked a lot on this too. But when I realized what I saw last year and this year, I realized that so much work has stopped. TV and shows are not getting sponsors, so from where does the channel bring money. Once we get a good rating, the sponsors will automatically come back and our fees will also increase. 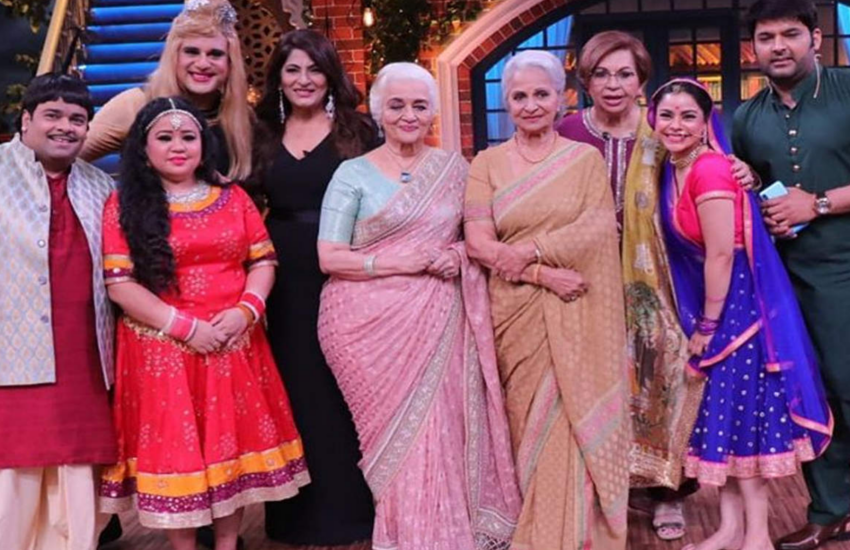 ‘Technician’s money should not be deducted’
In the conversation, Bharti said, ‘So many years we work on a channel and they listen to our every word, so today when they are asking for help from the front, I don’t think any artist would have refused. I know everyone’s money is being deducted. I feel that those who are technicians on the sets, their money should not be deducted. We work together and are trying to recover together. So I don’t think anybody will face any problem due to low fees.

Also read: Bharti Singh narrated the pain of ‘casting couch’, said – used to do dirty things with me during the show ..

How much do the actors of The Kapil Sharma Show get paid?
The actors of the popular comedy show ‘The Kapil Sharma Show’ are paid different fees. According to a report in DNA, Kapil Sharma gets Rs 50 lakh per episode, Krushna Abhishek gets Rs 10 to 12 lakh, Chandan Prabhakar gets Rs 7 lakh, Kiku Sharda gets Rs 5 lakh, Bharti Singh gets Rs 10 to 12 lakh and Sumona Chakraborty gets Rs 6 lakh. 7 lakh is paid as a fee. However, there are reports of Sumona leaving Kapil’s show.

Neha Dhupia Pregnant: Neha Dhupia is about to become a mother again, announced her second pregnancy on social media

Anupama 20th July Written Updates: Vanraj is worried about the cafe, Kavya’s words are feared to be true