Sonam Kapoor responds to pregnancy speculations, shares information about her period on the first day

Mumbai. Bollywood actor Anil Kapoor’s actress daughter Sonam Kapoor is in discussion about the news of pregnancy. Actually, Sonam returned to Mumbai from London after a year. During this he was wearing an oversize jacket. Due to this dress, people started speculating on social media that the actress is pregnant. Now Sonam has responded to these news through one of her posts.

‘Ginger tea on the first day of periods’
Sonam Kapoor recently shared a post on her social media, which has put an end to the news of her pregnancy. The actress made a post on her Instagram, in which she is seen drinking hot water. In its caption, Sonam wrote, ‘Hot water bottle and ginger tea, for the first day of my period…’ Sonam’s motive behind giving information about her periods seems to be to put an end to the news flying about her pregnancy.

Also read: Sonam Kapoor and Anand Ahuja got romantic in a moving train, started kissing each other, video went viral 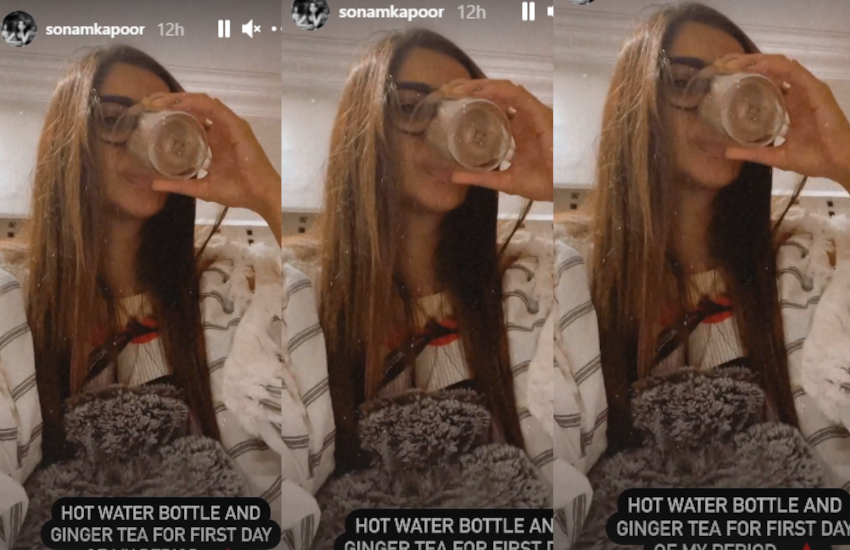 speculation due to dress
Significantly, Sonam Kapoor was in London with her husband Anand Ahuja since the time of the lockdown last year. Even from London, she was very active on social media. Recently she came to Mumbai from London. His father Anil Kapoor arrived at the airport to receive him. Seeing the father there, the eyes of the actress filled with tears. During this, Sonam was wearing a big blue jacket. Because of this jacket, people felt that they were pregnant. During this trolling also took place regarding her dress. Many people made fun of her dressing sense on social media.

Also read: Sonam Kapoor Birthday Special: Before becoming an actress, she did the job of a waitress

Unveiled cover of Rakeysh Omprakash Mehra’s autobiography
Significantly, Sonam Kapoor was last seen in the movie ‘The Zoya Factor’ in 2019. Contrary to expectations, this movie could not do well at the box office. She was accompanied by actor Dulquer Salmaan in this movie. Anil Kapoor appeared in a cameo role in this movie. Apart from this film, she was also seen doing a cameo with her father in ‘AK vs AK’. The actress recently unveiled the cover page of director Rakeysh Omprakash Mehra’s debut book ‘The Stranger in the Mirror’. Forward to this autobiography of Mehra, A.R. Rahman and afterword by Aamir Khan.

Do you know the secret of Kajal Raghwani’s success? Bhojpuri’s star actress became only because of this

Kiara Advani has also done blasts in South films with Mahesh Babu and Ram Charan; Will be seen in ‘Shershah’ soon!

Good News: Dia Mirza became a mother after 3 months of marriage, gave birth to a son