0
SHARES
2
VIEWS
Share on FacebookShare on Twitter
Mumbai. MTV’s reality show ‘Roadies’ fame host and actor Rannvijay Singh has become a father for the second time. Rannvijay’s wife Priyanka Singh has recently given birth to a son. Ranvijay and Priyanka got married 6 years ago. In his own style, Rannvijay had informed the people about the birth of his son. He shared the image of shoes and jersey and told that a son was born in his house. Rannvijay is already the father of a daughter.

The actor shared a cute image of his newborn son and daughter together for the first time on Thursday. Although in this image he is not showing the face of his son, but he is carrying both the children in his lap. Rannvijay has named his children very unique and wonderful. He named his daughter Kainaat and now named his son Jahaan. 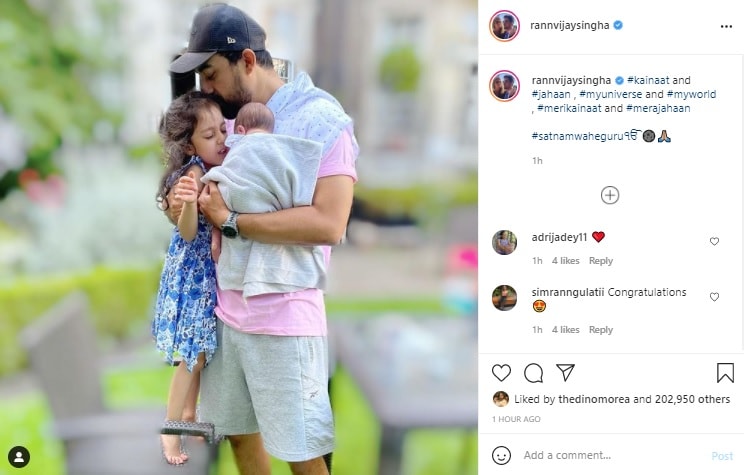 Let us tell you that Rannvijay Singh, who hosted Splitvilla, shared good news with his fans in March this year. He had told that his wife Priyanka Singh is pregnant for the second time. After this, photos of baby shower were also posted on Instagram. Rannvijay Singh is currently hosting the reality show ‘MTV Splitvilla 13’ with Sunny Leone.

Rekha’s family had come to the brink of ruin due to her mother’s gambling addiction, the actress attempted suicide

The makers made a huge cut in Bharti Singh's fee, the comedian said - everyone pricked this thing, I am no different