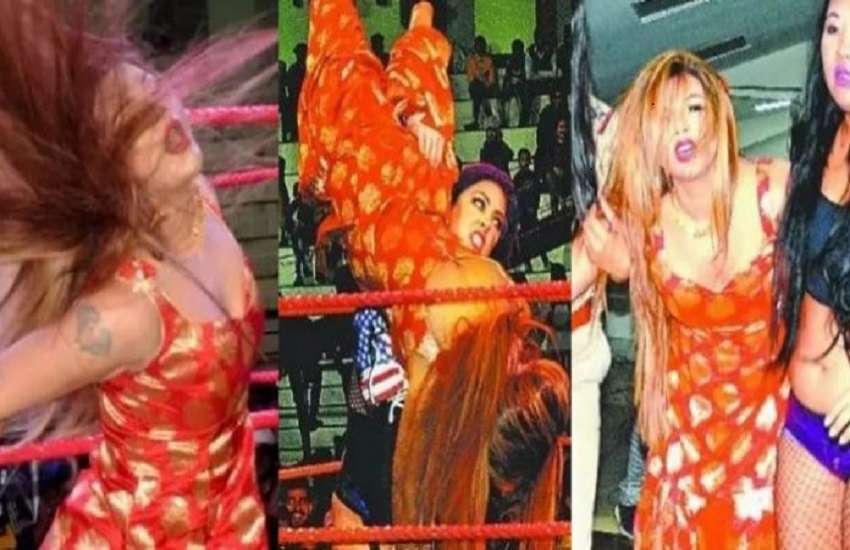 New Delhi. Dancer and actress Rakhi Sawant, popularly known as Drama Queen in Bollywood, is famous in the industry for her unusual style. Rakhi Sawant has made a mark with her work from TV to Bollywood. Not only this, Rakhi is also known for her outspoken and bold attitude. Rakhi Sawant, who fought a mouth-to-mouth war, was once hit hard by a female wrestler. Whose pictures went viral on social media even today. Let me tell you the whole story.

Rakhi Sawant entered the ring to fight with a female wrestler

Actually, The Great Khali had organized the program of CWE at Tau Devi Lal Stadium located in Panchkula. In this program, Rakhi Sawant and Arshi Khan were invited to entertain the people. In due course of time the fight was started. At the beginning of the program, American female wrestler Robel challenged the ring to compete with anyone if they had the courage. No female wrestler came forward to confront Robel. Then Rakhi came in full swing and entered the ring.

Accepting Robel’s challenge, Rakhi enters the ring. Seeing Rakhi, the female wrestler came to him and picked him up and gave him a thrashing. The spectators were quite surprised to see this and started enjoying the game. Applause and whistles echoed throughout the stadium. At the same time, in the ring, the female wrestler beat Rakhi a lot. The female wrestler kept beating Rakhi for 8 minutes and in the end Rakhi was thrown out of the ring in a very bad condition.

Rakhi was picked up with the help of two security guards. After which he was treated in the hospital. Rakhi had told that there was a serious injury in her back. The video of this fight was also shared by famous singer Mika Singh on his Twitter. In which he wrote that “Since I have worn it, I have worn Yeh Ishke Sahra Khalibali ho gaya hai dil… my son is covered. Rakhi Sawant is rocking”

Salman Khan said about social media – ‘I do not see likes, neither dislikes nor comments’

Salman Khan said about social media - 'I do not see likes, neither dislikes nor comments'

Due to the conspiracies of the people, Govinda suffered a loss of crores, in bad times he had become alien

ENTERTAINMENT TOP-5: From Shagufta Ali to KRK and Ankita Lokhande being trolled…